Indian smartphone market grew by 44 per cent in Q2: IDC

"By 2017, we expect India to overtake USA to be the second largest smartphone market globally," IDC said. 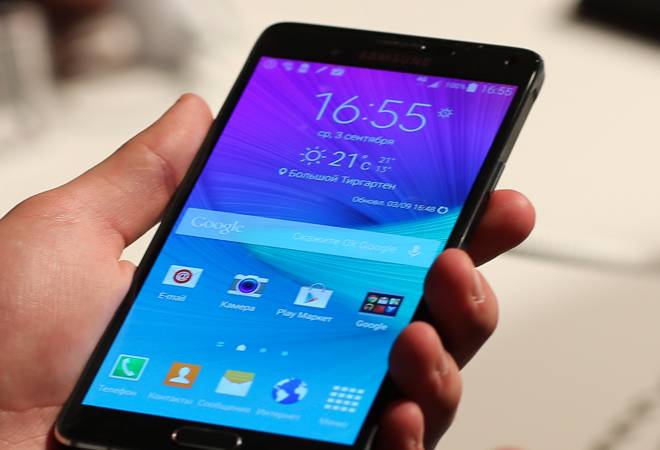 After a sluggish first quarter, smartphone shipment in India grew 44 per cent to 26.5 million units in the June quarter as vendors took to online retail to push sales, research firm IDC on Tuesday said.

Also, the market is expected to continue to grow in double-digits over the next few years as people switch to smartphones and gradually upgrade to 4G-enabled phones. "By 2017, we expect India to overtake USA to be the second largest smartphone market globally," it said in a statement.

"About 26.5 million smartphones were shipped to India in the second quarter of 2015, up 44 per cent from 18.4 million units for the same period last year," IDC said. "This strong second quarter performance saw smartphone shipments grow by 19 per cent, following a sluggish first quarter this year," IDC added.

It, however, has not released shipments numbers for the January-March 2015 quarter. Samsung maintained its leadership in the Indian smartphone market with 23 per cent share, followed by Micromax (17 per cent), Intex (11 per cent), Lava (7 per cent) and Lenovo (6 per cent).

However, the overall mobile phone market shrunk by 6 per cent in the said quarter on a year-on-year (YoY) basis. Vendors shipped 59.4 million units in June quarter compared with 63.2 million units shipped in the second quarter of 2014. "The growth in the smartphone market was helped by vendors using online retail or eTail to penetrate the market. E-tailers have opened additional avenues for growth for many vendors in India, who would have otherwise struggled to get a hold in the complex distribution network," IDC India Mobile Phone team Research Manager Kiran Kumar said.

"Although India remains a retail dominated market, vendors like Lenovo and Xiaomi have used etailing channels to rapidly expand their presence," Kumar added. "The share of smartphone shipments through etailers increased for most of the key vendors in Q2," Kumar said. "Also, Chinese vendors have tripled their shipments YoY in India. Lenovo, Xiaomi, Huawei and Gionee alone accounted for 12 per cent of the total smartphone market in the second quarter, a double from year ago. As China started to slow down, most vendors from the country have targeted India as the next big growth market for smartphones," IDC Research Manager Asia/Pacific Mobile Phone team Kiranjeet Kaur said.

"Key to success of the Chinese vendors has been popular flash sales through online players such as Flipkart, Snapdeal and Amazon. At the same time, they have also focused on bringing more 4G phones at an affordable USD 100-150 price points, which is left unattended by Indian and global vendors," Kaur said.

Why deleting your device data securely is important