Moving to cloud is not all about technology, but culture too

In today's world of ubiquitous technology where every technology is available to everyone and geographical constraints and organisational boundaries don't matter, it is important for public and private institutions to tap into cloud computing for the agility and the efficiency it offers. 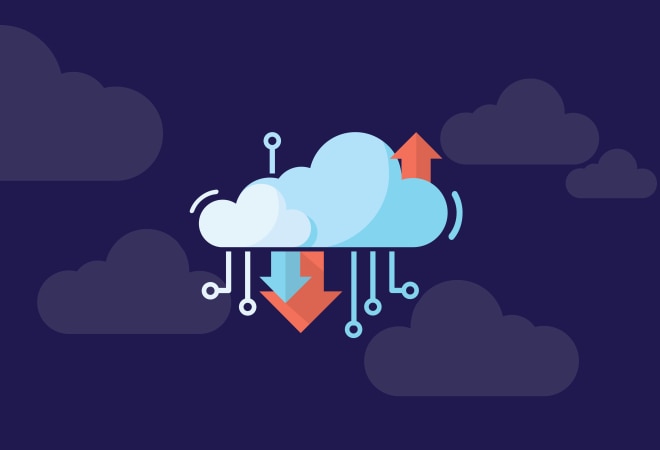 The Government of Canada's department of Innovation, Science and Economic Development (ISED) has a mandate to improve conditions for investment and enhance opportunities for innovation in the country. However, until recently, it was a traditional organisation that did not even have WiFi at all places nor all of its employees had tablets, says Aneeta Bains, ISED's Chief Digital Officer and Assistant Deputy Minister.

In today's world of ubiquitous technology where every technology is available to everyone and geographical constraints and organisational boundaries don't matter, it is important for public and private institutions to tap into cloud computing for the agility and the efficiency it offers.

It was only in 2017 that ISED started their journey into this world of modern information technology. This movement from servers and network to cloud isn't just a technology exercise overseen by the IT department. It has to be done in conjunction with the way the entire organisation works.  "Cloud is about collaboration and agility but if the company sits out of cubicles and employees work individually, it might not succeed. It is important to ensure that the team starts speaking to each other instead of the traditional way of communicating through emails," says Bains.

Nobody likes change but dealing with it can enable the firm to leverage cloud to its full potential. If the change of IT is forced upon people, it can lead to a failure of cloud adoption.

She says, the first thing any organisation must do is to get people's buy-in. This is important as people are often scared of being punished for making mistakes and breaking rules. "As a leader it is important to do a lot of myth busting constantly and speak to team," she adds.

The hands-on approach of the leadership and its participation in all policy and technology discussions help too. "We didn't have any standards for mobile apps. They were for the website, so we had to work on those. It requires doing things differently, using some imagination but it was also important not to dictate end results, so it doesn't kill innovation," she notes.

However, all these technological changes have to be supported by organisational change, which has to come from top down. It should not just be from CIOs, but CEOs as well. Susan M. Gordon, Principal Deputy Director of US National Intelligence says that CEOs are the people driving the mission and they are also the ones who understand better what all information technology can do for them. "Without the organisational commitment, we wouldn't put pressure on it," Gordon says.

United States Intelligence Community (IC), which is a federation of 17 different United States government intelligence agencies decided to invest in cloud infrastructure in 2013.

Due to that decision, says Gordon, we are faster and we can ask more questions. "We now take on much more complex problems than we did before. We are multidisciplinary and multi-organisational because we are allowed to have the same foundation."

She adds that the same digital foundation allows harnessing the wisdom of collective data and frees up the capability of officers from manual tasks to creative tasks.

Bains points out if there is something interesting or aspirational to do, talent rallies around it. "It is important to find those projects and green spaces and let talent rally around it so that they think through the problem and solve it."

The speakers were sharing their cloud adoption journeys at the AWS Public Sector Summit Washington, DC in June 2019.

(The writer was invited to attend the Public Sector Summit Washington, DC by AWS)

ALSO READ:Microsoft to take on Google's Stadia with Project xCloud; here's all we know