If you are keen on playing power-hungry, heavy graphics games on your smartphone, here is a list of some premium gaming phones that you can buy. 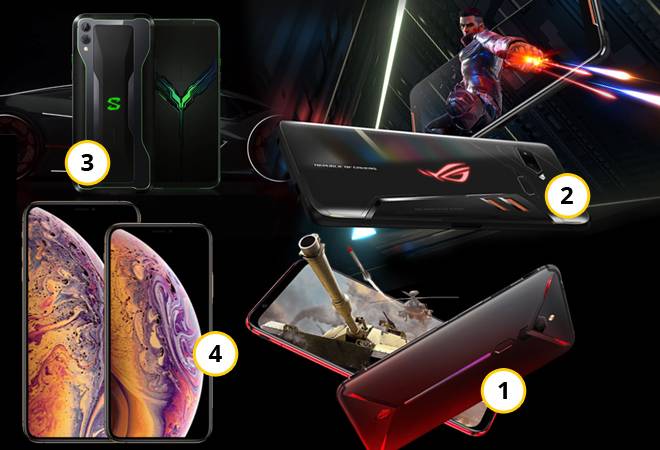 Remember, the good old Nokia N-Gage? The ultimate gaming phone unveiled in 2003, which had a huge fan following. Cut to 2019 - Thanks to popular games such as PUBG, smartphone manufacturers are once again reviving the gaming phone market. However, times have changed. With games available for download from the application stores and other sources (on Android), almost any smartphone can be used for basic gaming. However, most of the mid-segment phones struggle with heavy games. If you are keen on playing power-hungry, heavy graphics games on your smartphone, here is a list of some premium gaming phones that you can buy. Nubia Technologies is yet another Chinese smartphone manufacturer bringing its gaming phone Red Magic 3 in the country. Already launched in the global markets, the Red Magic 3 runs on Qualcomm Snapdragon 855 processor with 12GB RAM and up to 256GB of internal storage. It features a 6.65-inch FHD Super AMOLED display with 90Hz refresh rate and 19:5:9 aspect ratio. It also supports DC dimming, which will help in reducing eye strain after long hours of gameplay. It has got a massive 5000mAh battery onboard is accompanied with a 27W fast charger, which is likely to offer an hour of gameplay in just 10 minutes of charging. The Nubia Red Magic 3 features a 48-MP single camera at the rear and a 16MP front camera. Originally, Nubia was a subsidiary but today is referred to as an associate company.

Coming from the Taiwan-based multinational company, Asus has a dedicated range of ROG gaming laptops. A ROG phone is well thought of extension for mobile gaming. This phone has a 6-inch AMOLED panel at the front with good viewing angles and up to 90Hz refresh rate. Users can choose between the 60Hz refresh rate and a higher 90Hz refresh rate. It is power packed - the Qualcomm Snapdragon 845 processor is clocked at 2.96GHz, higher than the standard clock speed of the processor. This has been done to ensure that the device has enough power to handle heavy graphics games. It also has carbon pads, a large vapour cooling chamber, and a copper heat spreader for heat dissipation. This is paired with 8GB of RAM and 128GB of storage. Surprisingly, the storage is non-expandable. For gaming, there are Touch-sensitive AirTriggers that can be used as left and right gamepad buttons and enhances the gaming experience. The phone runs on Android 8.1 with Asus Zen UI. Within the Game Center, a user can customise game profiles, fire up X Mode, check temperature and CPU load and do more. The phone is also accompanied by a fan accessory but it is more of a gimmick. With 4000 mAh battery onboard, it comes with a 30W charger and juices up to 50 per cent of battery in the first 30 minutes. The Asus ROG is on the heavier side, weighing 200 grams. There is a USB Type C port at the bottom along with the headphone jack and another Type C port for docking accessory or charging while using it in landscape mode. Unlike the other smartphones, Black Shark 2 comes from a Chinese gaming technology company focused on developing a 360-degree gaming eco-system based on hardware, software and service. Launched in India just recently, the Black Shark 2 features a 6.39 inch AMOLED display with 1080x2340 pixel resolution and 60Hz refresh rate. The device, which will be powered by Qualcomm Snapdragon 855 processor, is available in two variants - 6GB RAM with 128GB storage and 12GB RAM with 256GB onboard storage. It boasts an in-display fingerprint scanner and X-type Antenna + 2 Side Antennas for a strong connection, regardless of phone orientation. It will also have direct touch multilayer liquid cooling, low latency touch, and ludicrous mode performance boost. Black Shark 2 has a 4000 mAh battery and is accompanied with a 27W charger, capable of juicing 60 per cent of the battery in 30 minutes. On the camera front, it will house a 48-megapixel main camera along with a 12-megapixel secondary camera and a 20-megapixel front camera. Black Shark 2 is 8.7mm thick and weighs 205 grams. Contrary to the reports, Black Shark in India is operating as an independent entity and is not a Xiaomi company.

ALSO READ:Black Shark 2: New gaming smartphone is not a Xiaomi offering in India 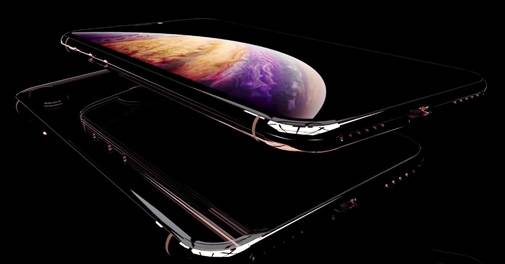 Since the first iPhone launched in 2007, iPhones have always been capable of handling heavy graphics games, and the App Store is a repository of games. And if you are buying one today, the best of the lot will the iPhone XS Max. It features a massive 6.5-inch Super AMOLED screen and supports HDR playback for enhanced viewing experience. Unlike Android smartphones, where we talk about RAM, Apple simply talks about how fast it is from the previous gen iPhones. The XS Max is powered by the A12 Bionic processor with 8-core neural engine, which offers up to 50 per cent faster graphics performance that A11 chip. The overall gaming experience is complemented with the amazing sound and great battery backup. If the 6.5-inch display is a little too big for you, consider the XS (a smaller sibling with 5.8-inch display priced starting Rs 99,900). If you don't feel like spending this much, you can consider the iPhone XR running the same A12 Bionic chip along with a 6.1-inch LCD display, and a single camera module at the rear. Although priced starting Rs 76,900, the XR 64GB variant is retailing around Rs 58,000 in the market.