Sacred Games 2: The second season of Sacred Games is 400 minutes long, which is equivalent to three-and-half Hindi films 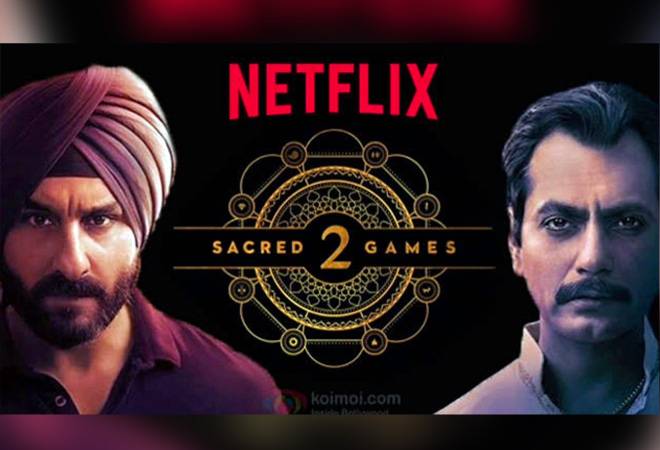 Saif Ali Khan-starrer Sacred Games 2 has been released on Netflix on Independence Day (August 15). The popular OTT platform reportedly went all out with the second season and spent an overwhelming Rs 100 crore on Sacred Games 2 -- the highest any streaming service has put in any original content in India. Usually, OTT platforms invest in the range of Rs 3-4 crore per episode for around 12 episode in original content.

Netflix gambit seems to have paid off and it compelled the platform to make a couple of changes in its operations, as mentioned in a report in Livemint. It encouraged the platform to increase its budgets, introduce the concept of a showrunner, and establish a writers' room internally. The showrunner of Sacred Games 2 is Vikramaditya Motwane, who is the creator and lead writer of the show and has the final say in the look, feel and theme of the product.

The report also mentioned that the platform is also now focusing on VFX and special effects so as to support a visual spectacle on the screen.

The critically acclaimed web show has a mammoth cast of over 3,500 people, including extras, and was shot for more than 110 days in 112 location in Delhi, Mumbai, Nairobi, Cape Town and Johannesburg. The second season of Sacred Games is 400 minutes long, which is equivalent to three-and-half Hindi films. Netflix has claimed that it has taken more post-production responsibilities to enhance the quality of the final products.

Although the much-awaited thriller series will be released on August 15, smartphone company One Plus' users will be able to watch Season 2 on August 14.

Post Sacred Games, Netflix will produce a bunch of other originals on its platform for the Indian audience, including Salman Rushdie's Midnight's Children, with Omkara famed Vishal Bhardwaj as showrunner, a spin-off on the Baahubali franchise, named Baahubali: Before the Beginning, and Bard of Blood starring Emraan Hashmi.