All the S10 variants will feature the all-new Dynamic AMOLED display, next-generation camera, and intelligent performance. 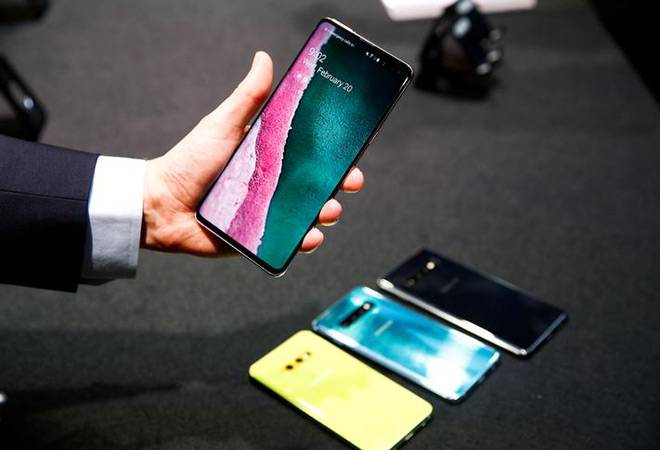 Kickstarting the year 2019 in a big way, Samsung has announced a slew of products at its Unpacked event at San Francisco. Celebrating a decade of the Galaxy S series smartphone, the Korean giant has launched a range of S10 models along with the much-awaited foldable phone.

All the S10 variants will feature the all-new Dynamic AMOLED display, next-generation camera, and intelligent performance.

"Since its launch ten years ago, the Galaxy S series has stood for premium innovation - offering consumers an incredible experience, and the ability to find the device that's right for them," said DJ Koh, President and CEO of IT & Mobile Communications Division, Samsung Electronics.

Galaxy S10 boasts of Dynamic AMOLED display and is HDR10+-certified smartphone.  The display is likely to deliver vivid digital content, along with extraordinary contrast ratio for even deeper blacks and brighter whites. Instead of a notch, Samsung has opted for a unique Infinity-O Display that packs an array of sensors and camera technology into a hole-in display for offering maximum real estate without distractions.

For the S10, S10+ models, the Dynamic AMOLED display also includes the in-display Ultrasonic Fingerprint Scanner that reads the 3D contours of physical thumbprint - not a 2D image of it - for improved anti-spoofing. Samsung claims that with the world's first FIDO Alliance Biometric Component certification, this next generation biometrics authentication offers vault-like security to keep your device safe. The S10e, however, has a fingerprint sensor mounted on the side.

Both the S10 and S10+ houses a triple rear camera set up at the rear while the S10e will have a dual camera setup. The triple camera setup includes 16MP ultra wide camera in combination with the 12MP wide-angle and telephoto cameras, allowing to shoot with 2x optical zoom in and out. But the S10+ houses an additional RGB Depth Camera along with the selfie camera at the front. On the other hand, the S10e misses out on the telephoto lens from the rear setup.

All the phones will have the octa-core Exynos processor along with Type-C Charging port, fast charging 2.0, IP86 certification, and will be Dolby Atmos-enabled. The S10e houses a 3100mAh battery, while the S10 and S10+ will have a 3400mAh and 4100mAh battery respectively.

PUBG's 'Survive till Dawn' mode: All you need to know