Samsung has opened the pre-booking for the new models, which can be done until March 5 from Samsung.com/in, Flipkart, Amazon, Paytm, Tata CliQ and select retail outlets. 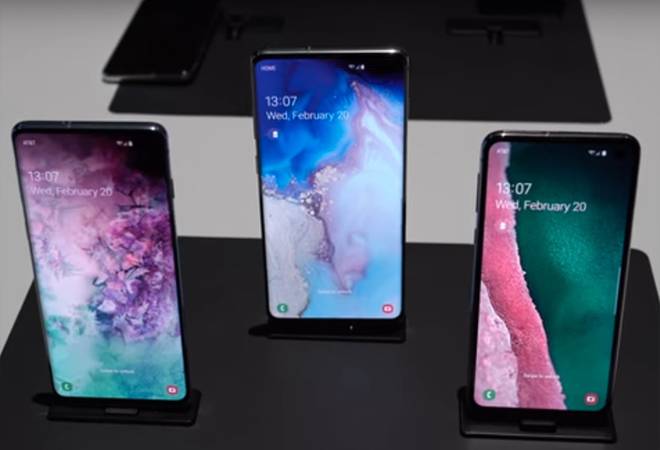 All the S10 variants will feature the all-new Dynamic AMOLED display, next-generation camera, and intelligent performance

Since the early days of the Galaxy S series, India has always been a key market for the Korean technology giant, Samsung. The company's new Galaxy S10 range will be available in the select markets from March 8, and India continues to be in the list. Of the four models of the S10 series including the 5G variant, Samsung is launching the Galaxy S10e, Galaxy S10 and Galaxy S10+ in the country. All the three models sold in India will be manufactured at the Samsung facility in the country, which has helped Samsung price the new smartphones aggressively.

Samsung kick started the year 2019 in a big way. The company introduced the M series in India earlier this month and has now announced the S10 series along with the Galaxy Fold. The Galaxy S10 is claimed to be designed for those who want a premium smartphone with powerful performance. According to the company, "For consumers looking for a supercharged device, Galaxy S10+ takes every spec - from display, to camera, to performance - to the next level. Galaxy S10e is built for those who want all the premium essentials in a compact package on a flat screen."

All the S10 variants will feature the all-new Dynamic AMOLED display, next-generation camera, and intelligent performance. Galaxy S10 boasts Dynamic AMOLED display and is HDR10+-certified.  The display is likely to deliver vivid digital content, along with extraordinary contrast ratio for even deeper blacks and brighter whites. Instead of a notch, Samsung has opted for a unique Infinity-O Display that packs an array of sensors and camera technology into a hole-in display, for offering maximum real estate without distractions.

For the S10, S10+ models, the Dynamic AMOLED display also includes the in-display Ultrasonic Fingerprint Scanner that reads the 3D contours of physical thumbprint and not a 2D image of it, for improved anti-spoofing. Samsung claims that with the world's first FIDO Alliance Biometric Component certification, this next generation biometrics authentication offers vault-like security to keep your device safe. The S10e, however, has a fingerprint sensor mounted on the side.

Both the S10 and S10+ houses a triple rear camera set up at the rear while the S10e will have a dual camera setup. The triple camera setup includes a 16MP ultra-wide camera in combination with the 12MP wide-angle and telephoto cameras, allowing shooting with 2x optical zoom in and out. But the S10+ houses an additional RGB Depth Camera along with the selfie camera at the front. On the other hand, the S10e misses out on the telephoto lens from the rear setup.

All the phones will have the octa-core Exynos processor along with Type-C Charging port, fast charging 2.0, IP86 certification, and will be Dolby Atmos-enabled. The S10e houses a 3100mAh battery, while the S10 and S10+ will have a 3400mAh and 4100mAh battery respectively.