5 problems that Reliance Jio needs to fix right away

After the launch a number of issues related to the new services have surfaced which could pose a challenge for Ambani in the days ahead as Jio battles it out with other telcos.

The Reliance Jio launch has aroused huge interestamong subscribers. The telco has added more than 50 million subscribers to itsnetwork and aims to reach the 100-million subscriber target set by RelianceIndustries chairman Mukesh Ambani.

Recently, Ambani unveiled Reliance Jio's Happy New Year Offer through a live stream. Under the latest offer, all new users from December 4 will get free services till March 31, 2017. Also, the existing Jio customers will get the extended benefits on current SIMs.

However, after the launch, a number of issues relatedto the new services have surfaced which could pose a challenge for Ambani inthe days ahead as Jio battles it out with other telcos.

Though the new network is still functioning under a'Welcome Offer' that doesn't charge for its services, these issues are quiteconsistent with the new subscribers.

RelianceJio has been stuck in a dispute with incumbent operators over points ofinterconnectivity. Jio has accused Bharti Airtel, Vodafone and IdeaCellular of providing insufficient points of interconnectivity leading to call drops.Jio put out data for September 22 saying over 12 crore out of 15 crore callattempts by its users failed. Of the 6.13 crore call attempts made to Airtelnetwork on September 22, 4.8 crore or 78.4 per cent of the calls failed. Thefailure on Vodafone network was higher at 84.1 per cent with 3.95 crore calldrops out of 4.69 crore calls. Calls to Idea saw 3.36 crore call drops out of 4.39crore calls made.

Bharti Airtel has hit back at Reliance Jio sayingnetwork connectivity issues and call drops are due to Jio's own "under-preparedness",insufficient testing efforts and acquiring a large number of customers at thepre-launch stage itself.

On paper, the difference is huge but in terms ofaverage customer use, even a speed of 8Mbps should work flawlessly. However,the Jio connection faces frequent fluctuations hampering the user experience. Usershave also complained about varying speeds despite no change in location. 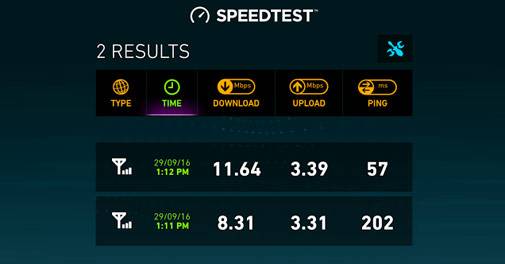 Buggy Jio apps: TheReliance Jio apps have not shown consistent performance but the idea of freecontent sits pretty well with the Indian audience.

The Jio TV app is subjected to frequent crashes andhas a long boot-time, which is also the case with most apps released by Jio. In ourexperience, the Jio4GVoice is one of the most glitchy Jio apps. The app oftenfails to load and when it does, the experience is pretty laggy.

Lack of VOLTE support in older phones: Allthose who don't have VOLTE technology-supported phones cannot make voice calls without the use of Jio4GVoice app which, as mentioned above, seems buggy.This one drawback makes the lucrative free voice-calling feature obsolete for mostnew consumers.

Apart from the VOLTE support, most Indian smartphone users are still stuck with 3G phones. The Jio sims won't benefit them in any way.

Battery consumption: Reliance Jiohas launched its internet services on the 4G band. With not much difference inthe rates of 2G or 3G services and 4G connection, new users are incliningtowards Jio. The only constraint with 4G services is that they take a toll onthe phone's battery, forcing the user to charge it repeatedly. With no 2G or 3Goptions, the user can't switch to a slower connection to save battery.

The merging of Jio's 4G services with RelianceTelecom's 3G and 2G services might solve this problem in the near future.