The posts are pointers on the new policy. While one reads 'We are committed to your privacy', another reads, 'WhatsApp can't read or listen to your personal conversations as they're end-to-end encrypted'

WhatsApp that has been embroiled in a controversy over its updated privacy policy has seen an exodus of users to its rivals Signal and Telegram. It has now gone on damage control mode. On Friday, it had stated that it will put the policies on hold for now. On Sunday, WhatsApp came up with another simplistic way to explain its features to its users -- WhatsApp Status.

When one goes to the status tab on the app, one can see the WhatsApp icon and its four posts, along with the statuses of one's contacts. The posts are pointers on the new policy. While one reads 'We are committed to your privacy', another reads, 'WhatsApp can't read or listen to your personal conversations as they're end-to-end encrypted'. Another post reads 'WhatsApp can't see your shared location' and yet another reads 'WhatsApp doesn't share your contacts with Facebook'. 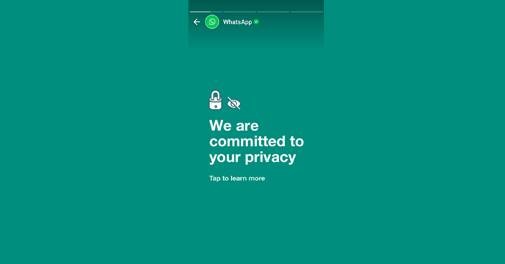 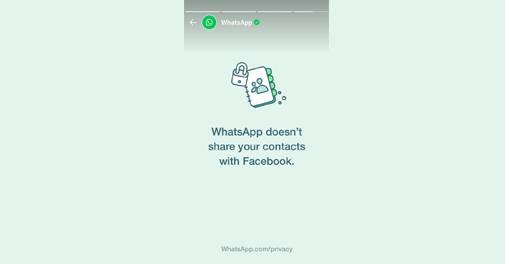 The messaging app reviewed its privacy policy and asked users to accept the terms and conditions by February 8. Following this the app faced severe backlash from its users and privacy advocates. WhatsApp users flocked to its rival apps. Signal ended up garnering millions of users in weeks after the WhatsApp backlash. 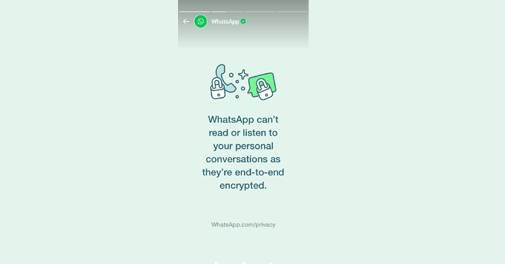 On Friday, WhatsApp issued a statement and said that it is giving more time to users to acquaint themselves with the new policy updates. "WhatsApp was built on a simple idea: what you share with your friends and family stays between you. This means we will always protect your personal conversations with end-to-end encryption, so that neither WhatsApp nor Facebook can see these private messages. It's why we don't keep logs of who everyone's messaging or calling. We also can't see your shared location and we don't share your contacts with Facebook," said the Facebook-owned app.

WhatsApp added that it is moving back the date on which people will be asked to review and accept the terms and no one will have their account suspended or deleted on February 8. "We're also going to do a lot more to clear up the misinformation around how privacy and security works on WhatsApp. We'll then go to people gradually to review the policy at their own pace before new business options are available on May 15," it said.