Last year, a report published by CNET declared that iPhone 6s was priced highest in India. 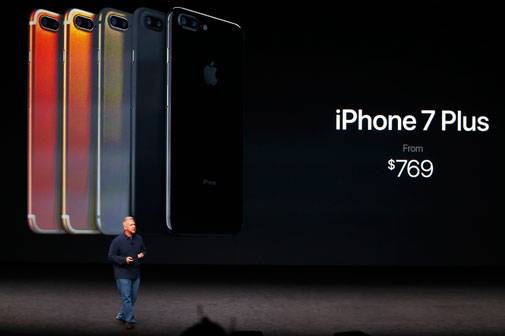 Let's have a look at what other countries are paying for the same device:

China's pricing is similar to India's due to the depreciating value of Yuan. Apple is not willing to negotiate with the prices in order to maintain the profit margin. iPhone consumers in China will be paying an additional $45, in comparison to last year's launch prices of the 6s and 6s Plus.

Coming back to India, since the very first iPhone, Apple has been pricing the devices higher than other countries. Though they provide various options to finance the product, Apple has failed to break into the top five smartphone companies in the country.

Let's try and understand why iPhones in India come with such exorbitant price tags:

Since Apple has no manufacturing unit within the country, they cannot avail the FDI in single-brand retail. This leaves them with no option but to collaborate with Indian retail agencies. To maintain profit margins, Apple sells the device at a higher price.

The current pre-GST tax structure makes it tough for brands like Apple to maintain a low price. The custom duty is the first obstacle, which is calculated over the total price of the product, shipping charges and handling charges. Last year, the American company paid 11.43 per cent in custom duty for the iPhone 6s. According to Zauba, the accessories boxed with the iPhone have to be taxed separately and last year the taxes were more than double of the custom duty paid for the smartphone at 28.85 per cent.

After paying the custom duty, the product has to cross various state borders which charge an approximate of 12.5 per cent VAT on the total price of the smartphone.

Similar to China's current plight, India's weaker currency is also a major reason why Apple smartphones burn a hole in your pocket. The company wouldn't want to take the risk of decreased profit margins due to the drastic fall of Indian Rupee in the last decade.

The Cupertino giant, for the first time, experienced a double digit fall in year-on-year sales percentage. China, the biggest market for iPhones after USA has also showed a steep fall in purchases. On the other hand, despite the high prices in India, the company was able to show a year-on-year growth of 56 per cent. This is why Apple Inc. views India as a promising market, a market which can counter their saturation in sales.

If Apple manages to come to terms with Modi's Digital India, the scary-looking prices on the iPhones might end up being a practical buy for the practical Indian.