Google pay and PhonePe are neck and neck with nearly 40 per cent share of India's fast-growing UPI payments, Google Pay often slightly ahead 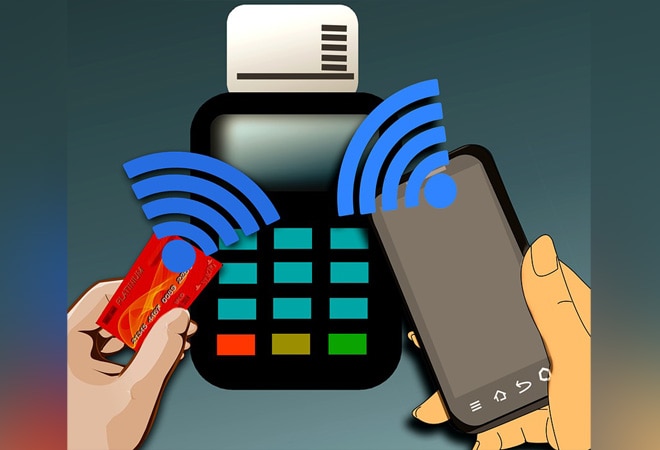 In July of 2020 the total transactions stood at 1.49 crore while the value of transaction was Rs 2.91 lakh crore.

Digital transactions czar Paytm stands a distant third behind Google Pay and PhonePe in India's fast-growing UPI transactions. While Google Pay is slightly ahead with a share of a little more than 40 per cent, PhonePe is almost there. Paytm and others such as Mobikwik have a combined share of the remaining 20 pc. With demonetisation being the biggest trigger for non-cash transactions, UPI transactions have almost doubled in both volumes and value in just the past one year. However, the non-wallet market in India is currently dominated by Google Pay followed by the Walmart-backed PhonePe. "It's a dead heat between us and Google Pay right now," said Sameer Nigam, founder &CEO, PhonePe .

Monthly value of UPI transactions has more than doubled in the past one year from Rs 1.46 lakh cr in July '19 to Rs 2.91 lakh cr in July '20. Number of transactions shot up from 82,230 crore to 1.49 lakh cr for the month. With Google Pay and PhonePe now looking at a more or less equal market share of nearly 40 per cent on an average, PhonePe is stepping on the gas. "We entered COVID-19 with 11 million merchants having substantial presence over 500,000 cities now," says Nigam. The company also struck a few partnerships with some government agencies and telecom operators. "We were looking to get to 20 million merchants by 2020-end; realistically we may reach 15-16 million merchants," he added. 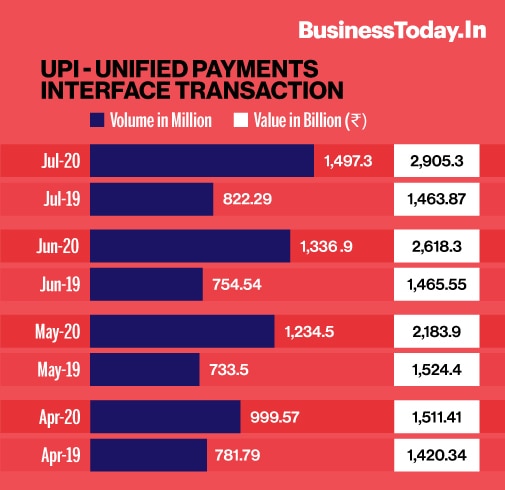 Industry analysts say Google Pay's rapid market share gain has largely been due to the cash backs and other dole outs for users.  While Google in it's response to a query said that it does not share the monthly UPI transaction details , Google's Pay business app which was launched last November has  over three  million users.

PhonePe on the other hand said the total cash back over the last seven months since January has been less than what an average cash back spend would have been for a month. "We stopped discounts/cash backs since Diwali last year," said Nigam. "With monthly repeat rate of customers being 97-98 per cent, I don't need to spend a penny on this because customers find value in better security and success rate. Ultimately that's what that can play out anywhere."

PhonePe currently has around 23 crore-plus users and the monthly active users stand at around 9 crore. The company has also bolstered its financial services portfolio by launching six insurance and mutual fund products over the past four months with mutual fund investments coming from over 15,000 pin codes across tier-1,2 and 3 cities and towns.

However, what could be a bigger concern for payment companies is NPCI is mulling over a cap on UPI transactions to de-risk the payment market from it has got skewed towards two or three large players. (An e-mail seeking clarity on the payment cap to NPCI remained unanswered till publishing of this article and will be updated upon response).

US cracks down on Huawei; includes 38 affiliates to Entity List