Production of recently launched Apple iPhone 12 mini should have started by now but after the violence, it's been delayed. Apple had found Wistron in violation of its 'Supplier Code of Conduct' last month and placed it on probation 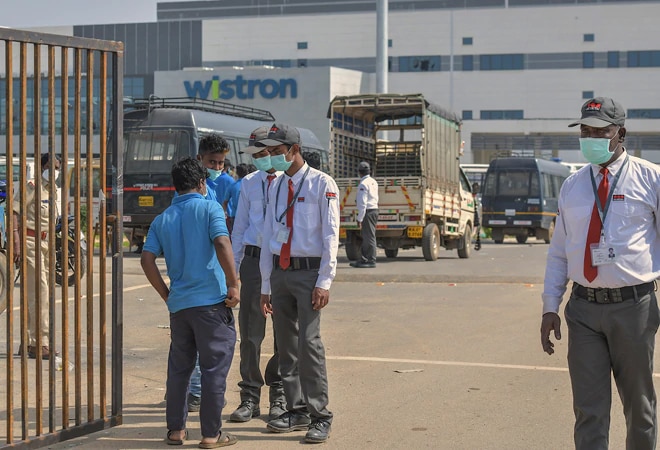 Plant damaged in violence is yet to resume operations. Even reopening has been delayed due to some internal audits

Following the violence at the Wistron facility at Narasapura in Kolar district last month, the iPhone 12 mini production that should have commenced by now has been delayed. The production of the recently launched Apple iPhone 12 mini should have started by now, but the recent violence incident at the Wistron plant has put the plans on hold, indicated an industry source.

While the iPhone XR and iPhone 11 continue to be the best-selling models for the company, the recently launched iPhone 12 mini has been in great demand in the country. Launched at Rs 69,900, it was available for Rs 63,900 after a Rs 6,000 cashback offer with HDFC Bank credit card.

"As the iPhone 11 and iPhone SE 2020 are already being assembled in India, manufacturing iPhone 12 mini in the country is the logical progressions. Usually, manufacturing of the new entry-level iPhone beings in India three to four months after the global launch. iPhone 12 mini would have already on the assembly line if the commotion would have not happened at the Wistron facility last month," says a source familiar to the matter.

Apple found Wistron in violation of its 'Supplier Code of Conduct' and had put Taiwan-based manufacturer on probation. "Our preliminary findings indicate violations of our Supplier Code of Conduct by failing to implement proper working hour management processes. This led to payment delays for some workers in October and November. We have placed Wistron on probation and they will not receive any new business from Apple before they complete corrective actions," Apple had said. This also meant that while Wistron could continue to assemble iPhone 7 and iPhone SE 2020, it was restricted from receiving any new business from Apple before corrective actions are completed. "This also included the iPhone 12 mini assembly," the source added.

The plant damaged in the violence is yet to resume operations. Even the reopening has been delayed due to some internal audits. But this hasn't impacted the sales of iPhone SE 2020 as most of the sales had happened during the festive season and there is already enough stock in the market.  And to avoid the complete shut-down of its supply chain in similar instances, Apple does not solely rely on domestic production and continues to import certain number units of every model.

Over the last few years, Apple's supplier partners have been aggressive and scaling up production in India. Currently, iPhone XR and iPhone 11, two of the largest-selling models for Apple, are being assembled at the Foxconn plant. Whereas, the iPhone 7 along with iPhone SE 2020 is assembled at the Wistron facility. While the iPhones assembled in India primarily cater to the domestic demand, Apple also exports  'made in India' iPhones to other countries as well.

Even the reports suggesting that Apple is shifting manufacturing of the new Phone 12-series from China to India is unlikely as no country has the ecosystem or bandwidth to cater to the demand of the millions of units new iPhones. The Cupertino-based giant is yet to start assembly for its Pro and Max variants in India.