The Redmi 8 will be launched with a Sony camera, bigger battery and scratch-resistant design, among other things 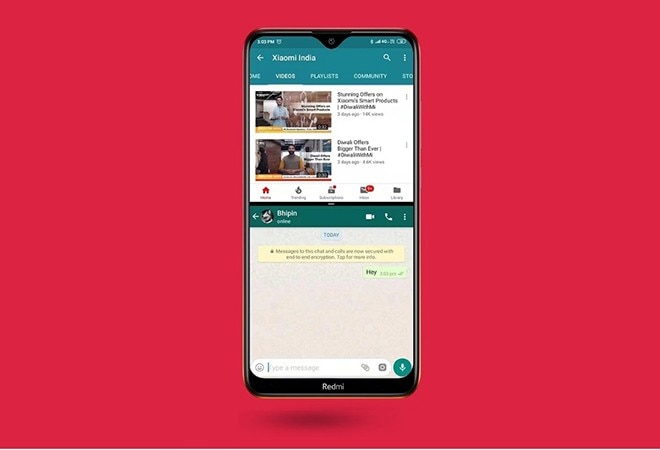 Redmi 8 will be launched on October 9 in India. Photo credt: Mi.com

Xiaomi has revealed certain details about its upcoming smartphone, Redmi 8 on its official website. A microsite went live on Mi.com with information about the primary camera, battery and design of the next-generation Redmi. Xiaomi India chief Manu Kumar Jain has already confirmed the launch of the Redmi 8 in the Indian market.

As per the latest information, Redmi 8 would come with a flagship Sony sensor capable of edge detection and precise skin tone mapping. The image on the Redmi 8 microsite shows a dual-camera setup at the rear of the device with the fingerprint sensor placed below the camera bump.

The teaser further talks about Redmi 8 being equipped with "the most updated battery setup". While this doesn't reveal much, earlier teasers of the devices have shown the Redmi 8 would have a battery capacity of more than 4,000mAh.

ALSO READ:Redmi 8 with dual cameras to launch in India on October 9; check out specs, expected price

The teaser of Xiaomi's website also shows the front of the device with a waterdrop notch at the top and the Redmi branding in the centre of the bottom lip. It also reveals that the rear of the Redmi 8 would feature the aura mirror design that has been seen on previous Redmi devices.

The Redmi 8 microsite also says that the Redmi 8 would come with something called "ultimate screen protection" and a splash-resistant design.

Details about Redmi 8's hardware had surfaced in a Google Play console listing. The details included an octa-core Qualcomm Snapdragon 439 SoC, 3GB of RAM, Android Pie with MIUI 10.0.1.3 on top, an HD+ display with a resolution of 720x1520 pixels. The device is likely to be launched in Ash, Blue, Green and Red colour options. As for prices, the Redmi 8 is expected to cost in the range of Rs 7,000 to Rs 10,000.