Oppo could be working on A6 budget smartphone, India launch could be soon

Oppo had launched the A5 last year in September with a Qualcomm Snapdragon 665 processor and four rear cameras. 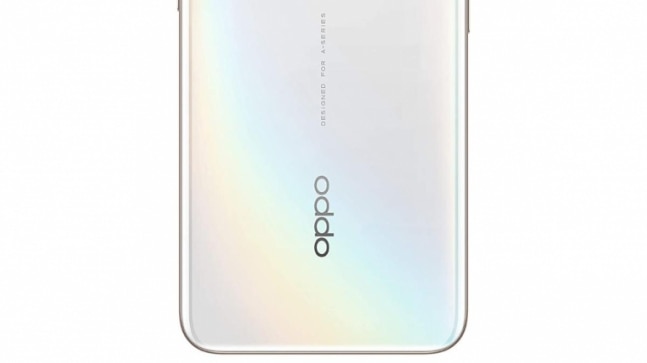 Oppo could be working on another A-series smartphone that will likely debut in September. The Chinese company has a new A6 up its sleeve that will arrive in markets as the successor to the Oppo A5. Much like its predecessor, the A6 will also be a budget smartphone that will be priced under Rs 10,000. There is not much known about the Oppo A6 but it will have some significant upgrades over the A5 that was launched in India back in September.

According to a report by 91Mobiles, citing sources familiar with the development, Oppo is working on a new smartphone called A6. It might come out as the successor to the A5 but may have a different design and some bumps in the specifications, such as the display size, camera, and processor. Now what these specifications bumps are going to be is not clear and we may have to wait for additional information. Moreover, the report does not mention when the Oppo A6 will be launched, which only leaves us assuming it could either happen late this month or next month.

The Oppo A5, which was launched in September last year, features a 6.5-inch HD+ display, a 5000mAh battery, and is powered by the Qualcomm Snapdragon 665 processor. The smartphone also has up to 4GB of RAM and 64GB of storage. For photography, it features a 12-megapixel primary camera, an 8-megapixel ultrawide camera, two 2-megapixel cameras at the back and an 8-megapixel camera on the front for selfies. The Oppo A5 was launched at a starting price of Rs 10,990 but the A6 is said to be cheaper.

We do not know what specifics the Oppo A6 is going to have but it is speculated to exist, at least. This will help Oppo target the budget segment even more aggressively, especially after the recent launch of A12 in India. Oppo also introduced A52 under the A-series, which brings four cameras at the back and attractive design. The Chinese company could be looking to expand its A-series to counter the growing competition in the budget segment after the launch of Poco M2 Pro and Redmi Note 9 Pro.

Separately, Oppo also expanded its Reno series in India with the launch of the Reno 4 Pro. We reviewed it and found it quite good in terms of its performance, great in the photography, and finally excellent in the design department. The Reno 4 Pro is powered by the Snapdragon 720G processor, which is a good processor but the rivals a better one for Rs 10,000 less. The Oppo Reno 4 Pro costs Rs 34,990 while the OnePlus Nord, powered by the Snapdragon 765G SoC, starts at Rs 24,999.