Planned Indian law on Bitcoin may give exit window to investors, may lead to probe in past transactions

The Indian government may soon come with a law which is likely to ban all cryptocurrencies, may look into past transactions but, will provide investors with a window to exit from their holdings 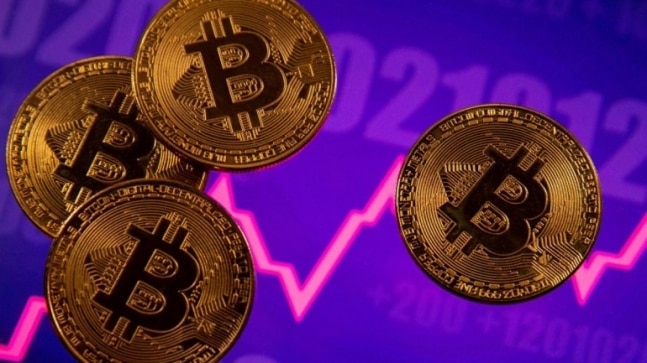 The Indian government has maintained a strong stance against cryptocurrencies.

The Indian government may soon come with a law which is likely to ban all cryptocurrencies, may look into past transactions but, will provide investors with a window to exit from their holdings. According to a new report by The Indian Express, which cites a government official, the possibility of providing a three to six month window has been discussed in inter- ministerial discussions. However, a final draft of the bill is yet to be taken by the Cabinet.

The new law, if imposed, plans to ban all digital currencies in the country including Bitcoin. The investors will only be allowed to trade in digital currency being mooted by the Reserve Bank of India (RBI). Even though the proposed law will restrict future transactions, the government may also seek details of holdings and transactions done in the past, the official added.

Around 7 million Indian investors are believed to hold crypto assets worth over $1 billion. However, no official data has confirmed this. The industry in the past, has asked for reimbursements, if the government decides to go ahead with the ban. While that seems unlikely, the investors will get a window to let go off their assets.

The Indian government has maintained a strong stance against cryptocurrencies and had proposed The Cryptocurrency and Regulation of Official Digital Currency Bill, 2021, ahead of Budget 2021. The bill was supposed to lay down the regulatory framework for all transactions in cryptocurrency. However, it has put on hold for further discussion and a committee was formed to provide suggestions.

The official said that the expert panel has submitted its report, which was followed by "inter-ministerial discussions, meetings held by the Cabinet secretary and submissions by various concerned people on the matter to the government." All of this will be taken into account before finalising the law. No timeline for the same has been decided.

The recent development is line with last month's Reuters report which said that a new crypto bill will not only ban digital money but will also fine anyone trading in the country or even holding such digital assets. The bill was claimed to have provisions to criminalise possession, issuance, mining, trading and transferring crypto-assets, a senior government official had said.

That report also talked about a six-month window for investors to liquidate their assets before a penalty is levied on them.

This was followed by a Ministry of Corporate Affairs (MCA) notification which made it mandatory for all companies in the country to disclose their dealings in virtual currency in their balance sheets. As per the directives, the companies will have to disclose profit or loss on transactions involving cryptocurrency or virtual currency and the amount of holding. They will also have to share details of deposits or advances from any person for the purpose of trading or investing in cryptocurrency or virtual currency.

On the other hand, Finance Minister Nirmala Sitharaman had hinted that there will not be a complete ban on cryptocurrency and the government will only look to regulate it. Speaking at the India Today Conclave South on in March, the finance minister said that the government is not shutting all windows for cryptocurrencies, or blockchain, and fintech as yet. She said that a Cabinet note was being readied in this regard, which will give exhaustive information on the formulation of cryptocurrency in India.

"My view on this is that, of course, the Supreme Court has commented on cryptocurrency and while the RBI may take a call on official cryptocurrency, from our side, we are very clear that we are not shutting off all options," said FM Sitharaman.

Meanwhile, RBI is motivated to introduce its own digital currency under a regulatory framework.

"Central bank digital currency is a work in progress. The RBI team is working on it, technology side and procedural side how it will be launched and rolled out," RBI Governor Shaktikanta Das had said recently.