the Redmi 9 Power has been launched with a 6.53-inch Full HD+ display that features a waterdrop notch at the top. 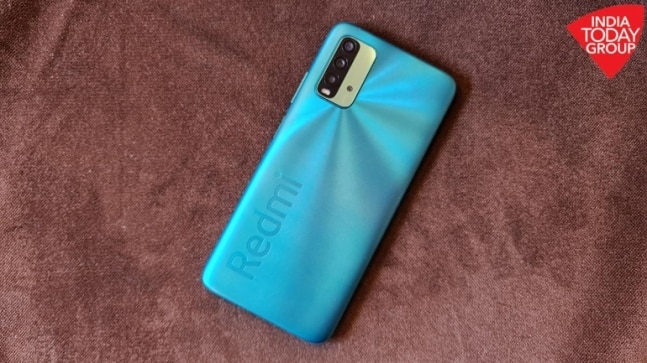 We've had to wait quite a long time for the launch of the Redmi 9 Power in India, but after weeks of leaks and rumours, the phone is finally here. After multiple leaks and teasers, Redmi has launched what appears to be the company's last device for the year, the Redmi 9 Power.

In the run-up to the launch of the phone, a number of key details about it were teased by the company, while others were leaked to the world by trusted tipsters. As was expected, the phone has turned out to be a tweaked version of the new Redmi Note 9 4G which was launched in China last month. While there are some changes to the design and camera set-up of the device, the phone largely follows the same blueprint followed by Redmi for the Note 9 4G.

The Redmi Note 9 Power has been made available in India in two variants which bring with them up to 128GB of storage, with both variants sporting 4GB of RAM. The company has announced that the Redmi 9 Power with 64GB storage and 4GB RAM will start retail for Rs 10,999 while the higher-end 128GB storage and 4GB RAM one will be available for purchase for Rs 11,999. The phone will be available for purchase from Mi.com and Amazon.in along with Xiaomi's offline stores along with its partner stores. Both these variants are available in four colours, Mightly Black, Fiery Red, Electric Green and Blazing Blue. The company has announced the device will go on sale from December 22.

Coming to the hardware, the Redmi 9 Power has been launched with a 6.53-inch Full HD+ display that features a waterdrop notch at the top. The panel is not capable of fast refresh rates and refreshes at a speed of 60Hz. The panel is also protected by a sheet of Corning Gorilla Glass.

Under the hood, we have a Qualcomm Snapdragon 662 SoC running the show which comes with an octa-core CPU configuration that can go up to 2GHz at peak load. This as explained above has been paired to configurations that feature either 64GB or 128GB of storage and 4GB of RAM.

For cameras, the phone gets a quad-camera set-up. These include a 48-megapixel primary lens sat next to an 8-megapixel ultrawide lens, a 2-megapixel depth-of-field lens, and a 2-megapixel macro camera.

The phone also comes with an 8-megapixel selfie camera is inside a notch. Powering the phone is a big 6,000mAh battery bundled with an 18W fast charger. This model also features a 3.5mm headphone jack and stereo speakers. Along with this, there's also an IR blaster and support for reverse wireless charging.