Review: Why OnePlus' power bank is a good buy

OnePlus has introduced its 10,000mAh power bank in the Indian market at a competitive price of Rs 1,399. 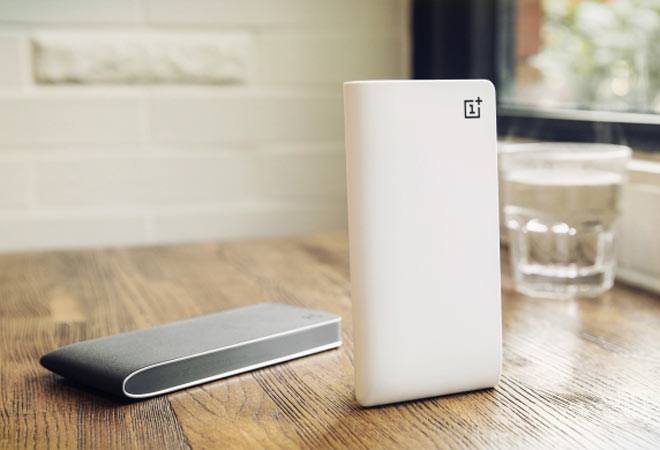 It's been a couple of years since power banks invaded the market and people actually realised the need of owning one. Earlier, this market saw mostly unknown brands and hence, people were slightly sceptical about buying one. Not anymore. You have power banks from well-known brands which are also well priced. OnePlus has introduced its 10,000mAh power bank in the Indian market at a competitive price of Rs 1,399. But is it any good?

Design: OnePlus is a relatively new, yet a well-known brand across the world. Thanks to the compelling specifications and price of the One, it is amongst one of the best Android smartphones in the market. The company has carried forward the design language of the One to its power bank too. Awarding the same sandstone finish by using the same material, the One Plus Power Bank is among the best looking power banks in the market.  It has got a curve at the bottom that compliments the looks further. It weighs 220 grams and is just 16.2mm thick. Other than sandstone black, the Power Bank is available in silk white too.

Connectivity and indicators: OnePlus has added two USB ports, which means it can be used to charge two devices simultaneously. In between the ports is a micro USB for charging the power bank. The four LEDs on the side notify how much juice is stored in the bank. There aren't any buttons to switch on the battery pack. Just connect the smartphone and the power bank turns on. A gentle shake wakes up LEDs that share the battery status.

Charging Time: The OnePlus Power Bank has got 10,000mAh battery onboard and it takes close to six hours to charge. It is advisable to plug it to charge at night so that the battery pack has 100% juice for backup or emergency.

Performance: With 10,000 mAh of charge store on the OnePlus Power Bank, I was able to charge my OnePlus One twice with still over 25% charge retaining. It took close to 2 hours and 30 minutes to charge my phone once. The power bank also stores the charge as I used it 10 days after charging it fully, to charge Samsung Galaxy Note 4 and Asus ZenFone 2 but it died before charging the latter completely. OnePlus claims to have numerous safety features , which includes the power bank not heating up and stopping the process of charging when the device is fully % charged.

Packaging: The packaging comprises one unit of OnePlus Power Bank and a USB cable.

Capacity, Price, Availability: The OnePlus Power Bank packs in a 10,000 mAh lithium-polymer battery and is priced at Rs 1,399 and is available on Amazon India.

Bag it or Junk it: One of the best looking Power Banks it the market capable of charging two devices at a time. But if you can do with one port, consider Asus Zen Power.