Google Nest Mini's sound output was rather impressive for the compact speaker - clear vocals and deep bass. At higher volumes, the sound was good enough for a medium-sized room. The speaker was able to pick my voice even when playing music at a higher volume 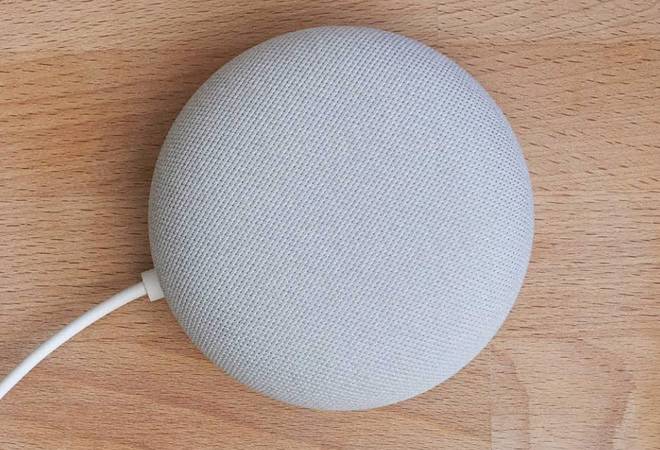 The connected device ecosystem is one of the fastest-growing categories in India with many companies launching smart speakers and voice assistant compatible devices. Amazon has been leading this space by launching a slew of smart speakers at different price points - offering something for everyone. Google too is getting aggressive as the company has launched a new entry-level smart speaker - Nest Mini just a couple of months after the launch of the Nest Hub. Priced at Rs 4,499, this competes directly with the Amazon Echo Dot with Clock that displays time, temperature, timer and more.

The Nest Mini is the entry-level model from Google in the smart speaker space. Having the same design language as the previous Home Mini (launched a couple of years ago), the circular speaker is 1.6-inch tall and 3.85-inch wide. The top houses a durable fabric layer, which Google claims, has been made from 100 per cent recycled plastic bottles. However, some controls have been embedded under the fabric - right side for volume up and left for volume down. There are four LED lights at the center that illuminates when the assistant is in action. Tapping on the top center can be used for pausing and playing the music. At the rear is the mic mute button that stops the speaker from listening. However, this isn't a portable speaker and the adapter has to be plugged in all the time. While one can place it on the table, there is a wall mount that can be used to hang it on the wall.

Just like other smart speakers, I had to set-up the Nest Mini using the Google Home app and selecting 'add a new device'. All I had to do was follow the instructions and the Nest Mini was ready to use in five minutes including four minutes of the software update. When pairing for the first time, the app might ask you for voice match, link music services with options such as YouTube Music, Gaana, Spotify, and more, and video streaming services such as Netflix. Nest Mini can be paired using the Google Home app on iOS or Android platform. I opted for the former.

Calling out 'Hey Google' illuminates the lights in the middle. And Google Assistant diligently responded to all my queries - from the current time to temperature to news and more. I was able to play songs just by asking the speaker. While a voice command for controlling the volume worked, I was also able to use the volume up and down button (that illuminated when the hand went near). Using the Google Home app, I was able to add compatible devices such as smart bulb and other devices, which I was able to control later with a voice command.

These smart speakers aren't a pro when it comes to sound. However, by adding a 360-degree sound with a 40 mm driver, Google has tried to address this problem. The sound output was rather impressive for the compact speaker - clear vocals and deep bass. At higher volumes, the sound was good enough for a medium-sized room. The speaker was able to pick my voice even when playing music at a higher volume.

Google's Nest Mini is an impressive smart speaker. If you wish to be in the Google Assistant ecosystem, this is worth buying.