GST Council Meeting: FM Nirmala Sitharaman said that she heard the concerns raised by state finance ministers who are worried that Centre will not be able to meet its compensation obligations to states 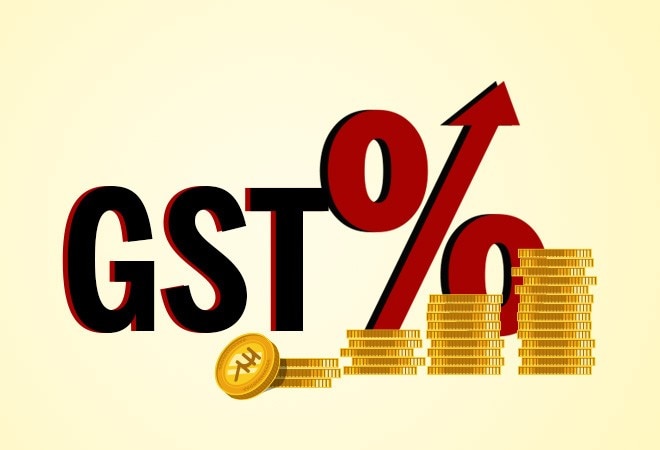 GST Council Meeting: GST Council voted for the first time on a matter

GST Council meeting: Finance Minister Nirmala Sitharaman said that no direct or indirect suggestions regarding rate hike or rate cut were proposed during the GST Council meeting on Wednesday. Addressing the media after the 38th meeting of the all-powerful panel, the Finance Minister clarified that the presentation by committee of officers did not suggest anything regarding rate revision.

08:56 pm: "I have heard them," says the Finance Minister on questions regarding state finance ministers' concerns over Centre failing to meet compensation obligations.

08:50 pm: No direct or indirect suggestions on rate increase or rate reduction in presentation by committee of officers made during the GST Council meeting, says the Finance Minister.

08:46 pm: Everyone did recognise the fact one of the releases happened a couple of days ago, says FM Nirmala Sitharaman on discussion over GST compensation to states.

08:37 pm: "GST Council has decided to waive late fee for taxpayers who have not filed returns from July 2017 to November 2019 if all the returns are filed by January 10, 2020. This has been done to facilitate filing all past returns as GSTR-1 is important for invoice mathcing. In case the taxpayer do not file GSTR-1 by January 10, 2020, the e-way bill for them will be blocked for them," Pandey said.

08: 35pm: GST Council decided to waive GST payable for industrial and financial infrastructure plots by entity with 20 per cent or more ownership of Centre or state government, says Pandey. This change will be effective from January 1, 2020

08:32 pm: GST rates rationalised for woven and non-woven bags and sacks made of polyethylene, Pandey says

West Bengal Finance Minister Amit Mitra reportedly said that the GST Council did not discuss rate hikes in today's meeting. He further added that the Centre will not have enough funds to compensate states after February.

The GST Council voted on a matter for the first time during its meeting. The panel voted in favour of a single GST rate of 28 per cent for lotteries.

Rajasthan Minister Shanti Kumar Dhariwal after a GST council meeting that voted for the first time since its constitution: The Council voted in favour of single rate on lotteries. pic.twitter.com/jOwjtShqTS

05:25 pm: Minister of State for Finance Anurag Thakur and along with finance ministers from states and union territories are also present with FM Nirmala Sitharaman at the ongoing GST meeting.

The GST Council could decide on measures to shore up shortfall in tax revenue. Earlier this week, in a meeting with senior tax officials, the Finance Ministry had laid down a monthly GST revenue target of 1.1 lakh crore for the next four months. Out of these four months, one month needs to a have tax collection amounting to 1.24 lakh crore, revenue secretary Ajay Bhushan Pandey had told tax officials. On the back of this development, the GST Council could take steps to ensure better compliance, easier return filing, and curbs to tax evasion.

04:27 pm: The tentative agenda for the meeting includes measures to boost the real estate sector and shore up revenue shortfall. The all-powerful panel of finance ministers could also take a decision on refund for exporters and uniform tax rates on lotteries.