HMD Global has kept alive Nokia's legacy of good-looking smartphones with Nokia 7.2, but is it enough to respond to the challenge posed by rivals in the mid-range price segment 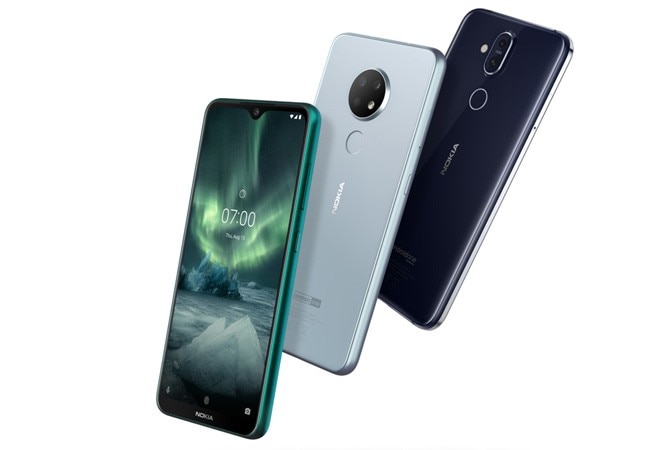 Nokia 7.2 offers stock Android experience in a premium form factor. But is it enough?

HMD Global has continued the legacy of designing good-looking smartphones. Back in the day, Nokia has some of the most premium-looking devices - remember the N95, Communicator, N8 or even the Lumia 920. With the soft matte finish, the Nokia 7.2 looks stunning and feels premium. It has been crafted using a high-tech polymer composite that is claimed to have double the strength of regular polycarbonate. It has been wrapped around a tough metal chassis for a lighter yet stronger finish. And is protected using Corning Gorilla Glass at the front as well as the rear. A 6.3-inch full HD+ screen with HDR playback support dominates the front. At full brightness, the colours appeared bright and is great for streaming videos. Reading was a delight as text appeared crisp. Power button (illuminates when charging and glows for notifications) and volume rocker have been placed on the right panel, 3.5mm jack on the top, SIM tray and dedicated assistant button on left, and the charging port and speaker at the bottom. Right below the circular camera module at the rear is a fingerprint scanner that is super quick to unlock the phone. The popular face unlock feature is also on board, but it isn't secure as I was able to unlock the phone using a photograph as well. Ideally, adding a pin as a backup with fingerprint lock is a better idea. Overall, the Nokia 7.2 looks stylish and premium.

Other than the looks, it is a clean user interface and bloat-free experience that I loved about Nokia 7.2. Instead of having its custom UI, HMD has opted for the clean and simple Android One experience. Only a handful of Google apps and services are installed on the phone out-of-the-box. This includes Assistant, calendar, Chrome, Drive, Files, FM Radio, Gmail, Google One, Maps, My Phone, News, Photos, Play Store, YouTube, Wallpapers amongst others.

ALSO READ:iPhone 11 review: Apple's masterstroke to come back on the top

I was able to add shortcuts on the homescreen, and create folders and place similar apps in each one of them. All apps are neatly placed in the app tray that can be drawn by swiping up. A search bar at the top within the tray comes handy when you have a lot of apps installed on the phone. Also, the row just below the search bar is populated with the most frequently used apps. The device is powered by a slightly old octa-core Snapdragon 660 SoC that manages to handle day-to-day tasks including browsing, e-mails, imaging, video streaming, calling as well as gaming with ease. There wasn't any lag but I did experience frame lags while playing PUBG Mobile. My review unit was the one with 64GB onboard storage, of which close to 20 per cent (13 GB) was consumed by the system and pre-installed apps.

Of late, triple and quad-camera setups have become commonplace. Keeping with this trend, the Nokia 7.2 packs in a 48MP primary camera along with an 8MP ultra-wide sensor and a 5MP depth sensor. The camera app user interface is intuitive to use. By default, the images were captured at 12MP resolution and I was able to switch to 48MP resolution from settings. From the default photo mode, I was able to switch between the portrait mode as well as the ultra-wide angle that captured a wider shot. The Portrait mode has some fancy modes too, including Zeiss Modern, Zeiss Swirl, Zeiss Smooth, heart and star where the background lighting was altered. Images captured in a well-lit environment, both indoors and outdoors, came out well. However, while shooting indoors, the dark patches were noisy. Even the night mode is just about average. Overall, the images have rich colours and fine details.

ALSO READ:Xiaomi Mi A3 review: Better options available at the same price, but it aces on Android One OS

There is also an option to capture 'bothie' which I am not a big fan of.

All this is backed by an average battery backup that lasted me a day with a couple hours of streaming, web browsing, gaming along with e-mails, social networking and calling. The phone packs in a 3500mAh battery and is accompanied with a 10W charger that takes a little over two hours for a full charge.

The Nokia 7.2 is a decent smartphone but faces tough competition from the likes of Xiaomi's Redmi Note 8 Pro.