Xiaomi Mi A3 review: Better options available at the same price, but it aces on Android One OS

The Mi A3 is a good-looking phone with a neat design. The front is dominated with a near bezel-less 6.08 Super AMOLED display with a tear-drop notch at the top and a thick bezel towards the bottom 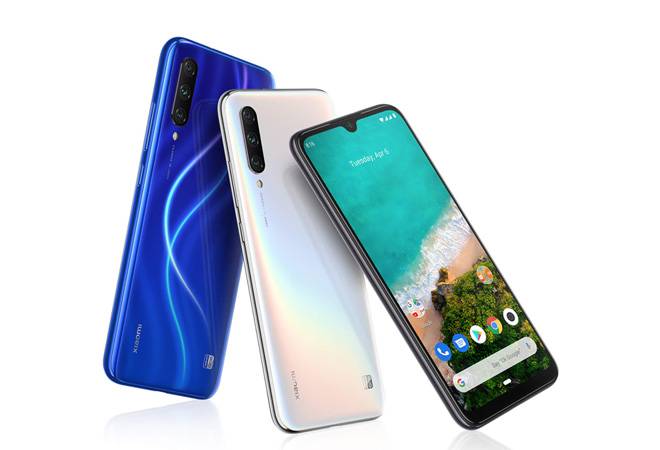 There is no shortage of Android smartphones in sub-Rs 15,000 price segment, mostly dominated by the custom user interface. However, not many options are available when it comes to Android phones with simple and clean user interface backed by good performance. Xiaomi's Mi A3 with Android One operating system perfectly manages to bridge this gap. Let's take a look:

Android One is an ad-free and bloatware-free operating system with a neat user interface. You get access to notifications and shortcuts by swiping from the top. Swiping towards the right from left on the home screen shows various cards. Apps are neatly placed in the app tray with a search bar at the top and frequently-used apps take over the top bar. You also get timely updates on new OS releases. The A3 runs on Android 9 out-of-the-box and while setting up the device, only Google apps were available.

The Mi A3 is a good-looking phone with a neat design. The front is dominated with a near bezel-less 6.08 Super AMOLED display with a tear-drop notch at the top and a thick bezel towards the bottom. The HD+ panel used is not sharpest in its price category. However, the text and images appeared just fine. The experience with streaming content over Netflix, Prime Videos and other apps was equally good. While the display was not as bright as some of its competitors have, it did show natural-looking colours.

Xiaomi has used glass at the rear as well. On the top left is the camera module and branding has been moved to bottom corners, which complements the holographic pattern used at the back of the phone. There is no fingerprint scanner at the rear as Xiaomi has opted for an in-screen fingerprint scanner, which works smoothly most of the time. Both the front and rear glasses are protected with Corning Gorilla Glass 5.

The right panel houses a power button along with volume control. The top panel has an audio jack and IR blaster. The SIM tray has been placed on the left panel, while the Type-C charging port and speaker grills are at the bottom panel. Even with the glass sandwiched design, the Mi A3 weighing 173.8 grams feels comfortable to hold and can be operated with one hand. The phone also comes with P2i nano-coating that prevents it from accidental spills but is not water-resistant.

The triple camera setup on the Mi A3 is a mixed bag. It houses a triple camera module with the primary 48-megapixel Sony IMX 586 sensor, an 8MP wide-angle lens with a 118-degree field-of-view and 2MP depth sensor. This has been coupled with an easy to use camera application. From the Photo mode itself, users can capture images with three lenses. At 1x setting, the primary camera kicks in whereas the 2x is for the telephoto lens and 0.6x for the ultra-wide lens. One can also turn on AI camera that will identify the subject while capturing an image. Over 80 per cent of the time, the results captured with AI camera turned out to be better compared to the ones captured without it. By default, the photos are captured at 12MP resolution using pixel binning. However, I was also able to capture images at full 48-megapixel resolution. The camera was quick to focus. The images captured during daylight and around well-lit surroundings looked natural with good amount of details. While the camera focussed on the subject, the text in the background was not legible in wide and ultra-wide shots. Even the shots captured using the wide-angle lens lost some details. The images captured using the Mi A3 looked good on the screen as well as on social media.

If you are looking for a phone to browse the internet, capture images and videos, stream content, social media, emails, and basic gaming, the Mi A3 should easily suffice. As a primary device, it handled all these tasks and more without any signs of lag. One can easily switch between multiple running apps. However, the device is not meant for heavy graphic games. The biggest plus point of the Mi A3 is the Android One OS, which is not resource hungry as some of the phones with customs UIs in the market are. The Mi A3 is powered by Qualcomm Snapdragon 655 processor paired with 6GB of RAM priced at Rs 15,999. There is another variant with 4GB RAM and 64GB storage also available for Rs 12,999. But at the same price, you can buy the Redmi Note 7 Pro with a slightly better processor (Snapdragon 675) and Realme 5 Pro (with Snapdragon 712 processor).

The Mi A3 easily lasted the full day with some juice still left at the end of it. A full charge on the 4030mAh battery was down to 80 per cent after a day's heavy usage including calling, image, browsing the web, gaming and more.

Specifications wise, this is not the best smartphone in its price category. But if you are looking for a bloatware-free device with good performance, you should consider the Mi A3.

Apple iPhone 11 Pro review: First time buyers must go for it; iPhone XS users may give it a miss