You might argue that Android phones have started featuring quad-camera setup at Rs 10,000. While the iPhone 11 continues to feature just two, the focus is on quality over quantity 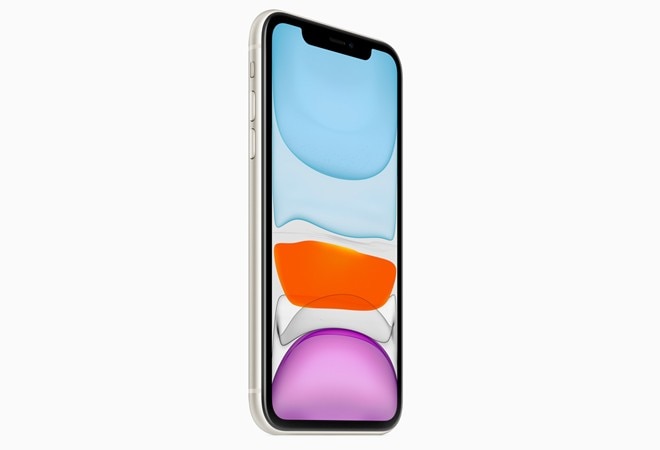 Apple iPhone 11 review: If the screen isn't that big a deal and you can manage without the telephoto lens, look no further

The Apple iPhone 11, instead of being a successor to the iPhone XR, seems to be a younger sibling of the new iPhone 11 Pro and iPhone 11 Pro Max. Frankly, the OLED display does not matter until you have used it. Apple's dual-camera setup with a wide-angle and ultra-wide angle has the same sensors minus telephoto lens as on the premium models. You might argue that Android phones have started featuring quad-camera setup at Rs 10,000. While the iPhone 11 continues to feature just two, the focus is on quality over quantity.

iPhone 11 is still made of aluminium with glass at the back. Slightly bigger than the iPhone 11 Pro, the iPhone11 continues with the 6.1-inch LCD (liquid retina display) with thick bezels. The wide notch at the top incorporates the true-depth camera and sensors powering the secure FaceID. The placement of the SIM tray, volume controls, lightning port and speakers continue to be the same. But the rear is an all-new story. The glossy rear with support for Qi-based wireless charging has got a small square module housing the camera in matte on the top left. Apple logo has been moved down to the Centre and 'iPhone' has been removed. However, the glossy rear attracts a lot of fingerprints. Lastly, there is a slight bump in water resistance too - IP68 is submersible in up to two-meter water for up to 30 minutes.

With the iPhone 11, you get 6.1-inch LCD with 1792x828p resolution and 326 PPI. The display is bright, offering great colour accuracy and viewing angles. Unlike the Pro models, it does not have an OLED display. The blacks aren't deep. However, it also supports Apple's True Tone technology that automatically adapts to the white balance to match the colour temperature of the light around ambient light. The colours appeared natural while streaming content and browsing the web.

Apple popularised the dual-camera setup with the iPhone 7 Plus. But, the entry-level iPhone models continued to have a single camera lens. As this year's Pro models house a triple-camera setup, the iPhone 11 has graduated to dual-lens. There is a 12MP wide lens and a 12MP ultra-wide lens. The only thing you don't have onboard is the telephoto lens for getting closer to subjects.

I was able to switch between the wide-angle and ultra-wide-angle camera with one tap - the 1x icon in the photo mode. It also supports 5x zoom but it isn't optical and affects quality. Camera app even helps the user understand what an ultra-wide lens will be able to capture - a slightly faded frame appears outside the viewfinder - and one can quickly switch by hitting on the -0.5x. The much-awaited night mode kicks in automatically. A yellow indicator illuminates on the top right displaying the exposure time (it is usually between two-four seconds) it will require to capture an image. I was able to turn on/off the night mode as well as adjust the exposure time. A little late but Apple has done a superb job with night mode as it illuminates the shot without adding much noise.

While capturing portraits, there finally has an option to control the background blur.  Swipe up and select the 'f' icon' and choose anywhere between f/1.4 to f/16. The former keeps the background blurred while the latter keeps everything in focus. I also had an option to choose between the modes -natural light, studio light, contour light, stage light, stage light mono and high-key light mono. Moving beyond just faces, it also identifies objects now, but is a little erratic. Unlike the Pro model, I could not zoom in when in portrait mode. Broadly, images captured were sharp and crisp with great colour reproduction. The new tweaks within the camera apps make capturing videos quick and easy. Pressing the shutter button while capturing images start video recording and swiping it towards the left captures burst photos.

The front camera module is just the same as in iPhone 11 Pro and captures good selfies. It can also be used to capture group selfies by either clicking the zoom-out option or rotating the iPhone to a vertical position.

Shooting videos on the iPhone 11 is a delight as 4K videos at 60fps can be captured using both ultra-wide as well as the wide lens.

One thing Apple did not compromise on is the performance. Just like the Pro models, even the iPhone 11 is powered by the A13 Bionic chip with neural engine and runs the latest iOS 13. From loading apps, playing heavy graphic games to editing videos, there wasn't any lag. Playing the new Arcade games was a delight. On the performance front, it is no less than the iPhone 11 Pro. There wasn't any heating issue with the device either. What enhances the experience is the user-friendly iOS 13. The Photos app has been redesigned that helps to relive old memories easy. Even the photo editing tools are better. Swipe keyboards have been popular on Android platform for long and the swipe-to-type feature introduced with iOS 13 works well. System-wide dark mode has been neatly implemented.

Apple does not disclose the battery capacity for iOS devices. However, in terms of usage, it lasted me a little over a day with heavy use. However, it comes with the 5W charger, which isn't a fast charger. It takes over three hours for a full charge, but the device does support fast-charging and you can invest in one for a better experience.

If the screen isn't that big a deal and you can manage without the telephoto lens, look no further. Starting at Rs 64,900, one can avail a cashback of Rs 6,000 with HDFC cards, which brings down the cost to Rs 58,900. This isn't a compromised device but it does come across as the entry-level model for the new iPhone 11 line-up. Just like you have the Samsung Galaxy S10e with dual camera and the Galaxy S10 with a triple camera.

With just a handful of models launched every year featuring premium hardware with new software, Apple's iPhone continues to have a clout of its own. However, the India pricing for the last few launches hasn't worked in favour of the company. With Apple losing out to the Android commotion over the last few years, the iPhone 11 comes across as Apple's masterstroke that puts it right on the top.

ALSO READ:Apple iPhone 11 Pro review: First time buyers must go for it; iPhone XS users may give it a miss

ALSO READ:Are you into flagship biggies? Consider these Rs 50,000 plus smartphones