Nokia is back: Here's full review for Nokia 6

The new home for Nokia smartphones is HMD Global, that has the license to market Nokia branded smartphones. HMD had announced three Android smartphones earlier this year. 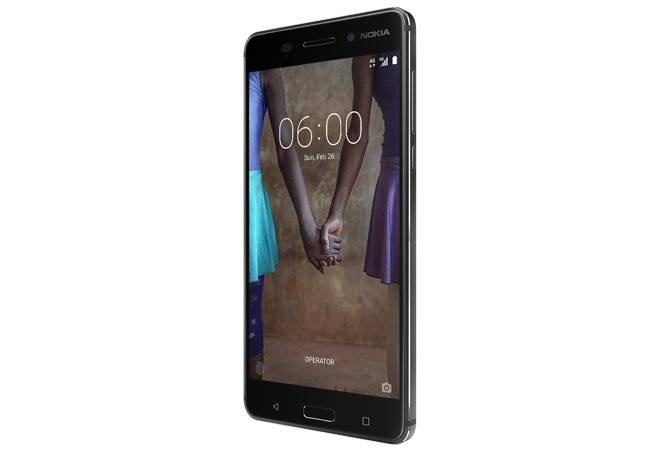 Nokia is back and that too with Android operating system. Something, all Nokia fans had been hoping before the company went to Windows Mobile OS way and eventually the hardware division got sold to Microsoft. The new home for Nokia smartphones is HMD Global, that has the license to market Nokia branded smartphones. HMD had announced three Android smartphones earlier this year, Nokia 3, Nokia 5 and Nokia 6, and we are reviewing the latter.

Design: One thing I always loved about Nokia smartphones was the built-quality and HMD has successfully managed to continue the legacy. The Nokia 6 has been crafted from a single piece of metal and feels sturdy to hold. My review unit had matte black finish with sleek metallic lines running on the sides and around the power key and volume button. The 5.5inch full HD display protected by Corning Gorilla Glass looks bright and has got decent sunlight legibility. There is a home button below the display housing fingerprint sensor and two capacitive keys for back and multitasking. The camera module and the Nokia branding are in a straight line at the rear. Nokia has continued with the microUSB port for charging and there is a 3.5mm port for plugging in the headphones (I had my concerns about the headphone quality)

OS & Performance: Smartphone manufacturers have been adding custom UI to their Android smartphones which brings onboard a lot of bloatware. But HMD has adopted pure Android experience for the Nokia phones. There is an app tray that can be accessed by sliding up from the bottom of the home screen. It gives access to a search bar followed by a row of the most used apps on the top and all apps are placed below in an alphabetic manner. App shortcuts can be added across home screens. Running Android Nougat, it comes with the basic apps along with Google services and Amazon apps (Kindle, Shopping and Prime Video). There is also a setting of 'tap and pay' and by setting up the payments app, the phone can be used for paying at the terminals, but we could not try this feature.

There is also an option to quickly launch the camera by pressing the power key twice from any screen, which can be activated from the settings. HMD claims to offer regular Android updates, as and when released by Google. I was able to browse the web, stream video, access emails and social networking with ease. There wasn't any lag. But it isn't meant for heavy usage. The  device started to slow down while playing heavy graphic games or switching between two heavy apps. The sound output is also impressive and makes it a great content consumption device. It is powered by Qualcomm Snapdragon 430 processor and is paired with 3GB of RAM. It also comes with 32GB of internal storage of which only 22GB is user accessible as 9.80GB is used by system settings. Nokia does support 128GB of expandable memory card.

Camera: The 16MP camera with the dual tone flash isn't the highlight of this phone. The camera app is basic with HDR, panorama and beautify mode. It is quick to lock focus and captures fair amount of details in well-lit surroundings. It there is some light-source around, it does a pretty decent job in low-lights too. Overall, the camera is just above average and not in league with the images captured using Moto G5 Plus or Redmi Note 4. The 8MP front facing camera captures good images.

Battery: The Nokia 6 comes with a non-removable 3000 mAh battery lasted me a day with usage including web browsing, two emails accounts, WhatsApp, Twitter, music and half hour of camera usage. It doesn't support quick charging.

Bag it or Junk it: Sturdy hardware with pure Android OS is let down by the average performance

Apple iPhone 7 Plus vs Google Pixel XL vs Samsung Galaxy S8: Which smartphone camera is the best?