Price starting at Rs 27,999, the new Redmi K20 Pro ticks all right boxes with flagship specifications. But, all comes down to the performance it offers Price starting at Rs 27,999, the new Redmi K20 Pro ticks all right boxes with flagship specifications. But, all comes down to the performance it offers.

Design: Just having a black-painted coloured glass is not enough. Companies are experimenting with colour shift patterns. The rear glass on the Redmi K20 Pro has a colour play along with texture. Available in three options, my review unit was the one in black and red. This seamlessly merges with the side chassis also available in red. While I liked the pattern at the rear, some users may prefer the carbon black version, which is subtle. While the front is all screen, there is a pop-up selfie camera and headphone port at the top, SIM-tray, Type-C charging port and speaker grill at the bottom, and the power and volume button on the right panel. Measuring 156.7 x 74.3 x 8.8mm, and weighing 191 grams, it doesn't feel too big to hold. Instead, activating full-screen gestures (replacing navigation buttons at the bottom) along with one-handed keyboard support makes it comfortable to use it with a single hand. The soft finish makes it a little slippery, but you can snap the case bundled in the box.

Display: The front dominated with a 6.39-inch SUPER AMOLED screen with the 2340x1080p resolution is a delight to look at. Colours appear bright and vibrant with deep blacks. I enjoyed streaming videos on this screen. I found the display to be extra bright and preferred turning on auto-brightness. Of various settings for display, there were some cool options to choose from for the 'Always On' display setting that showed time, battery status and notification icons on the locked screen. Another interesting feature on board is the anti-flicker mode that reduces eyestrain in low light conditions. 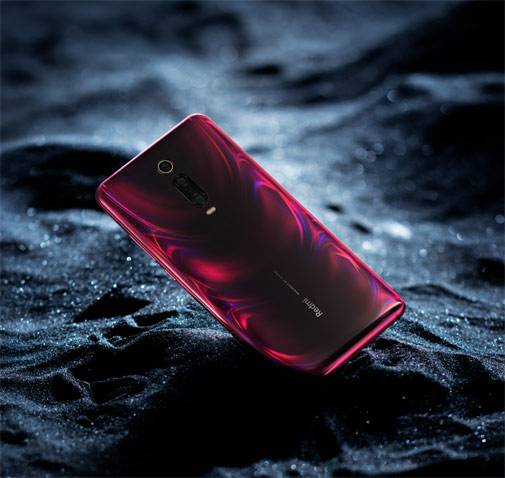 Camera: The 20MP front camera with beauty mode captures flawless skin and will be a hit among selfie lovers. The triple camera setup at the rear - 48MP primary camera, 8MP telephoto lens and 13MP ultra-wide lens - are praise-worthy. The default photo mode uses pixel binning technology and captures images at 12MP resolution. There is a dedicated mode to capture images 48MP resolution as well. This primary sensor captures great images in bright light. Most of images turned out to be sharp with bright colours. But many times, colours were pumped up. Although low-light imaging was not its strong point as there was visible noise, the night mode covers up for this. The AI mode within the camera was bang-on in identifying the subject and adjusting settings. The AI toggle added on the top of the photo mode makes it easier to switch the mode on and off. The portrait mode manages to identify the subject and the background and captures some stunning depth images. I was able to capture ultra-wide images by switching to the wide setting within the photo mode. There is a 2x optical zoom to get closer to subjects. In all, the camera performance is impressive. I found it to be better than the ones on the recently launched Asus 6z and OnePlus 7.

UI & performance: The Redmi K20 Pro has got the MI UI 10.3.1 along with Poco launcher onboard. While all app icons are placed on the home screen, swiping up from bottom reveals the app tray comprising all apps alphabetically. The app tray is also categorised (communication, entertainment, photos and more), making it easy to look for a particular app based on its nature. There is also a search bar at the bottom, which comes handy especially when you have a few hundred apps on your smartphone. I am not a Mi UI fan, but I felt at home with the one on the Redmi K20 Pro.  Other than Google apps and services, there were some Mi as well as third-party apps.  Using the File Manager app, I was able to create hidden folders for storing important files. Scanning documents and code was easy with the Scanner app. Other useful features include a voice recorder, screen recorder, FM Radio, Mi Drop and more. The Redmi K20 Pro is powered by the Qualcomm Snapdragon 855 flagship processor. Available in two variants, my review unit was top-of-the-line with 8GB of RAM and 256GB of onboard storage. As expected, it handles everything smoothly, without any lag.

Security: The Redmi K20 Pro comes with an in-display fingerprint scanner, which manages to unlock the phone 90 per cent of the times. Besides, I was able to set-up face unlock. However, this was rather slow as only after waking up the phone and swiping up on the lock screen, the front camera module would pop-up to scan the face. Redmi K20 Pro also comes with a Security app, which is one-stop access to check and maintain phone's health - running security scans, boosting speed, checking battery status, performing deep cleaning, testing network and diagnosing phone and more. Game Turbo: Gamers are going to love this feature as the Game Turbo focusses on enhancing the gaming experience. Not only does it boost speed and power while playing games but also allows customising touch response and sensitivity on repeated taps and even reduces the touch-resistance area near edges to avoid triggering touch controls. There was no major heating issue during games, but the device got warm.

Battery: The 4000 mAh battery lasted me a full day on a single charge. This included a couple of hours of video streaming, camera usage, web browsing, emails and social networking along with the Always On mode turned on. The device is accompanied with an 18W charger, whereas the phone also supports 27W fast charge.

Verdict: Xiaomi has once again proved its mettle with the Redmi K20 Pro, a decent looking flagship smartphone with impressive camera and superb performance. We reviewed the high-end variant having 8GB of RAM and 256GB of storage priced at Rs 30,999. However, the variant with 6GB of RAM and 128GB of storage at Rs 27,999 smartly fills the void between the Rs 20,000 to Rs 30,000 price category segment.

If you are looking for a flagship smartphone on budget (within Rs 35,000), the Redmi K20 Pro should be your first choice.