OnePlus 7 review: One of the best smartphones under Rs 40,000 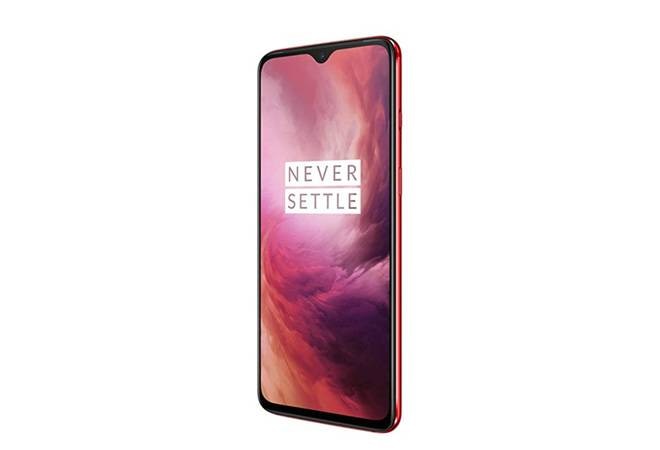 Chinese smartphone maker OnePlus that kicked off its India journey with the launch of budget flagship smartphones seemed to have mastered the mid-range premium segment. Earlier this year, the company launched premium 7 Pro with 90Hz refresh screen, pop-up selfie camera, triple rear camera setup and Qualcomm Snapdragon 855 for Rs 48,999. Now it has come up with OnePlus 7 - to cater to existing fan base - which is also powered by Qualcomm Snapdragon 855 processor minus fancy display and camera setup. It has been priced at Rs 32,999.

Design: With the new breed of smartphones featuring a pop-up, slide-up and flip camera modules, OnePlus has kept it simple with the 7 version. A big screen dominates the front with a waterdrop notch housing the front camera, buttons on the panels, charging port and speaker grill at the bottom and dual camera setup at the rear. The design is the same as of the OnePlus 6T.

It has a bright 6.41-inch Optic AMOLED display with 1080x2340p, which is protected by Corning Gorilla Glass 6 at the front. Turning on adaptive brightness under display settings turned out to be soft on eyes as it optimised brightness level for available light. It has reading mode and night mode too. The in-display fingerprint sensor for unlocking the phone worked smoothly. The rear glass is protected with Corning Gorilla Glass 5 and there is a rounded metal frame between the two. My review unit in Red had a premium look and feel to it. It definitely is a head turner. At the same time, the soft finish makes it super-slippery. I ended up snapping the transparent back cover bundled in the box that made it thick and added bulk. The phone can withstand some light water splashes, but it does not have any certification for the same.

Camera: The triple camera module with a wide-angle lens and the pop-up selfie camera are for the slightly expensive Pro model. The OnePlus 7 features a dual-camera module at the rear - with a 48 MP Sony IMX 586 sensor with an f/1.7 lens along with a 5MP depth sensor.

The camera user interface is neat - with just four most common modes (video, photo, portrait and nightscape) - more modes are accessible by swiping up from the bottom. These include time-lapse, slow motion and panorama. The camera does a good job at capturing images while retaining natural colours. Images shot in bright lights turn out to be sharp and vibrant but there was visible noise in the ones captured indoors. Even depth images turned out good when shot in proper lighting. Low light does not work in its favour but does a decent job in nightscape mode. Images captured using OnePlus 7 were good for social media. It does a good job at capturing 4k videos at up to 60 fps in different lighting. The 16MP front with fixed focus captures decent selfies.

Oxygen OS: I am not a big fan of custom UIs, but One Plus' Oxygen OS is an exception. The company has kept it neat and clean, free of bloatware. There is a homescreen for adding shortcuts and all apps are placed in the app tray. Smart Tags show relevant tags such as recent searches, tourism and social when tapped on the search bar of the app drawer.  The phone has a limited set of apps along with Google apps and services.

Although navigation buttons were turned on by default, I was able to activate navigation gestures from device settings. Once activated, swiping up from the bottom would take me to the home screen, swipe-up and hold would display the recent apps and a swipe-in from either side take to the previous screen. With such big displays, gestures are easy to use.  I was also able to assign the power button to activate the assistant app from settings. Once activated, pressing the power button for more than half a second would activate Google Assistant and pressing it longer showed options such as power off, restart and more. The performance is blazing fast. Be it browsing the internet, playing games, checking emails, handling documents or even streaming videos, everything worked smoothly. Even with multiple apps running in the background, there wasn't any sign of slowing down. The only negative is that OnePlus 7 starts to heat up when playing games. There is a gaming mode on board but some of games kept on crashing.

The new OnePlus devices (both the 7 and the 7Pro) have got the flagship Qualcomm Snapdragon 855 onboard. My review unit was the top of the line variant with 8GB of RAM and 256GB onboard storage.

Battery: With a 3700mAh battery onboard, the device is accompanied by a 20W fast charger, which easily lasts a day with heavy usage. In case you are running out of battery, switching on the power saving mode is likely to help.

Verdict: OnePlus 7 is an impressive device. One can list it among the best smartphones under Rs 40,000. While it faces tough competition from the Asus 6z, the upcoming Redmi K20 Pro on the same processor can also pose a threat to the dominance of OnePlus.

Also Read: PUBG Mobile Season 8 beta version is out: Check out features, how to download, other details