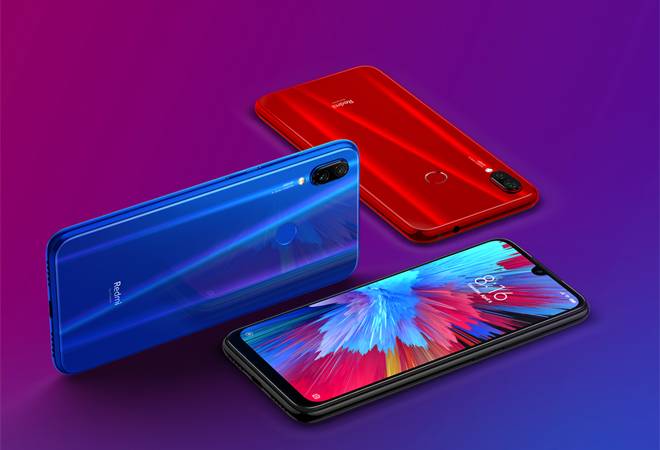 With every new launch, the Redmi Note range has raised the benchmark. The recently launched Note 7S is no different. It continues to have the same design language as that of the elder sibling - Redmi Note 7 Pro, innards of the younger and soon to be discontinued -Redmi Note 7 and an all-new 48-MP rear camera. Is it the new budget king?

Design & Gestures: Xiaomi has embraced an all-glass body in bright colours with its Redmi 7 series. The Note 7S continues the legacy. Although the device is available in Ruby Red and Sapphire Blue as well, my review unit in Onyx Black looked simple yet stunning. With a dot notch at the top and a thick chin at the bottom, the 6.3-inch full HD+ screen dominates the front.

The rear made of glass houses a vertical dual camera setup towards the top left. Both, the front and the rear are protected using Corning Gorilla Glass 5. The power key along with volume control is on the right edge, IR blaster and headphone jack on the top, SIM tray on the left along with Type-C charging port and speaker grill at the bottom. Priced at Rs 10,999, the phone looks good but I had to regularly clean the device as it attracted finger impressions. Also, the soft finish makes is slippery, and the clear case spoils the looks of this phone.

Display: The 6.3-inch full HD+ display is sharp and bright. By default, the display settings were set to be on automatic contrast, which optimised for available light and I was able to change it to increased contrast or even to the constant one with the standard settings. But the auto-brightness was a little erratic as it kept on increasing and decreasing the brightness under the same light source. Other than that, the touch response was good.

Customisations: Xiaomi offers the best of both worlds. The notch has been turned on by default, which you can hide from the 'full-screen display' option under the device's settings. Similarly, the navigation buttons can be swapped with the full-screen gesture, where swiping up takes to the home screen, swipe up and hold gesture displays the running apps and lastly swiping in from the sides replicates the back action.

Camera: The biggest highlight here is the 48 MP camera sensor. And the Redmi Note 7S happens to be the most affordable phone with a 48MP camera sensor in the market at the moment. However, it is not the same Sony IMX586 sensor as on the elder sibling - Redmi Note 7 Pro. Instead, Xiaomi has used the GM1 sensor by Samsung. By default, the camera is tuned to captured images at 12MP resolution and uses pixel binning (4-in-1 Super Pixel) for capturing more details. The 48MP can be activated from more settings.

Be it 12MP or 48MP resolution, I was able to use the AI camera, which identified the subjects and captured some good results. But I could not always rely on the AI mode as at times the colours looked artificial. There are a host of camera options that one can play around with. Using the dual camera module at the rear (48MP + 5M), the camera captured some stunning portrait (depth) shots. It worked fairly well on humans as well as the subjects.

Low-light photography, even in the night mode, looked good on phone's display but lacked detail and clarity. The 13MP front camera does a good job with selfies. Even with the single camera at the front, the AI mode successfully identifies the subject and blurs the background.  Is camera at par with the Redmi Note 7 Pro? The answer would be no. But it isn't bad either.

Performance: Running Mi UI 11, Note 7S is powered by Snapdragon 660 SoC. The device is available in two capacities -3GB RAM with 32GB onboard storage and 4GB RAM with 64GB onboard storage, and my review unit was the latter. Of the 64GB internal storage, close to 50GB was user accessible. The device managed to handle image, multiple social media apps, emails and web browsing with ease. It even handled basic games with ease but started to heat up after half an hour of gaming.

Battery: The Redmi 7S scores full marks on the battery front as well. The 4000 mAh battery lasted me close to a day on extensive use including camera, browser, calling and emails. It also supports Quick charge 4.0 for fast charging.

Also Read: Nokia 6.2, Nokia 9 PureView likely to be launched in India today; here are the details