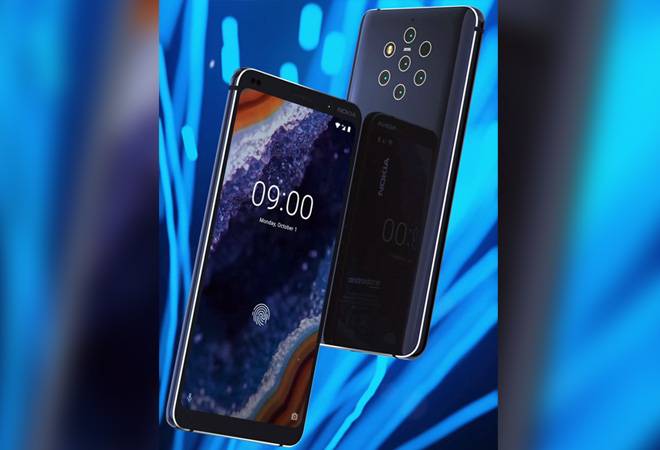 The Nokia 9 PureView is turning out to be the most-anticipated phone of 2019 owing to the penta-lens camera setup on the back. HMD Global is expected to launch the new phone at the end of January 2019. Apart from the penta-lens setup, the phone is expected to have an in-display fingerprint sensor. The smartphone was rumoured to arrive in 2018 but was delayed due to some production line issues related to the cameras.

A well-known leakster, Evan Blass aka Evleaks, has posted a picture of what looks like a press image of Nokia 9 PureView. The images suggest that the new penta-lens phone has been code-named 'Beholder'. As per the posted picture, Nokia 9 PureView will have thin-bezel and a flat display. The images also reveal the lack of display notch. Further, according to the buzz, the phone will have a metal frame with glass panels covering the front and back sides.

The Nokia 9 PureView render highlights the phones penta-lens camera with two additional cut-outs. One cutput is for the LED flash and the other one is the proximity sensor. There has been no leaks regarding the specifications of the PureView's camera system but there are enough speculations to suggest that the phone will have a Zeiss branded camera sensors in the circular form.

There have been no specification leaks but some past rumours suggest that the Nokia 9 PureView will have a 6-inch display and an 8GB of RAM with 256GB of onboard storage. It will be powered by Snapdragon 845 chipset and will be water-and-dust resistant. The leak also suggests that the smartphone will be a part of Android One group of phones and will come with Android 9 out-of-the-box. The smartphone could be launched in January 2019 as per the render that surfaced last week.