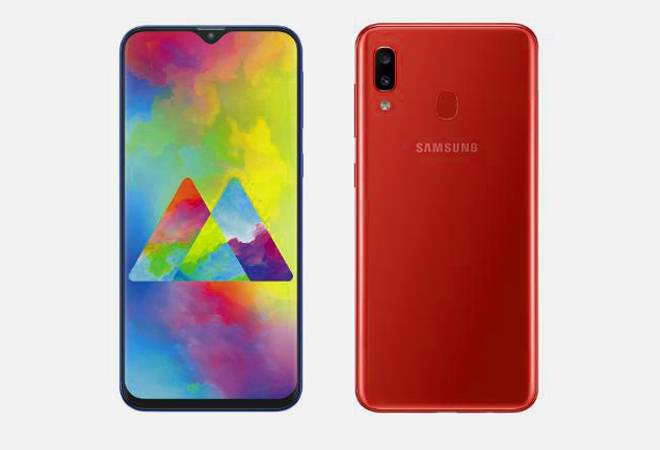 Samsung's budget Galaxy smartphone, Galaxy A20, will go on sale for the first time today in India via Samsung Online Shop, Samsung Opera House, and other major online retailers. Samsung has been releasing a slew of A-series phones to cater to every price segment in the developing markets, especially India. The Galaxy A20 comes right in between the cheaper Galaxy A10 and below Galaxy A30 and Galaxy A50 and is priced at Rs 12,490.

The Samsung Galaxy A20 has a 6.4-inch HD+ (720x1560 pixels) Super AMOLED infinity V-display. As far as specifications are concerned, the phone is powered by the octa-core Exynos 7884 SoC, which has two high power cores clocked at 1.6GHz and six efficiency cores with a clock speed of 1.35GHz. The phone comes with 3GB of RAM and 32GB of storage option, which can be further expanded via a microSD card (up to 512GB). The Samsung Galaxy A20 runs on Android 9 Pie with the company's One UI on top.

In terms of optics, Samsung Galaxy A20 comes with a dual rear camera setup with a 13 MP primary sensor and 5 MP secondary sensor. There is also a 5 MP selfie sensor with an f/2.0 lens.

The Samsung Galaxy A20 has a huge 4,000 mAh battery that would easily last you a complete day. There is also a rear-mounted fingerprint sensor and support for Samsung Pay. The smartphone also features a "3D Glasstic" build and measures at 158.4x74.7x7.8 mm.

Additionally, the Galaxy A20 comes with a rear-mounted fingerprint sensor for biometric authentication and has a large 4,000mAh battery with fast charging support as well as USB Type-C port.