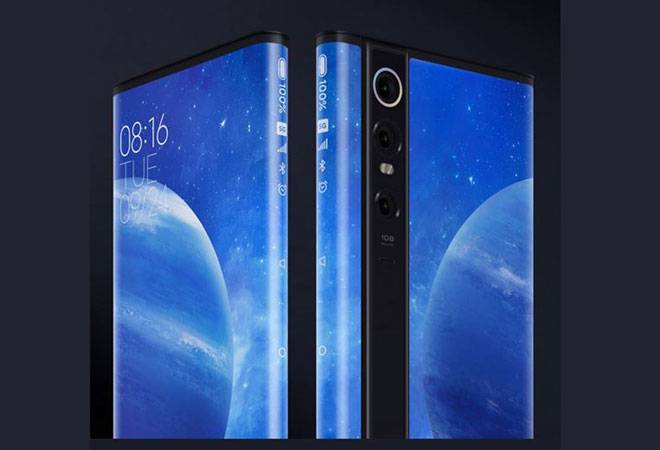 Xiaomi has used its Mi Mix line of smartphones to push the possibilities of the phone display and the overall form factor. The Chinese phone major has now unveiled the new Xiaomi Mi Mix series phone - Mi Mix Alpha- to spoil Samsung Galaxy Fold's party. The upcoming Mi Mix Alpha will be the first phone ever to use a wraparound or 'surround' display. Other than the display, the Mi Mix Alpha has a customised 108MP camera module and 180.6% screen-to-body ratio. The only downside of such a beast is the price - the phone costs CNY 19,999 or approximately Rs 2,00,000.

As for the specifications, Mi Mix Alpha is powered by the latest Snapdragon 855 Plus chipset together with 12 GB of RAM and 512 GB of UFS 3.0 storage. The battery is 4,050 nano silicone cathode power cell and comes with a 40W wired fast-charging. The body of the phone is surrounded by the titanium alloy which is lightweight but 1.3 times stronger than the 7-series aluminium alloy. The body of the phone does not have physical side buttons and the phone employ pressure-sensitive areas which in combination with a linear motor simulate the touch of real buttons. The phone also lacks speaker holes and the phone uses 'Display Acoustic Technology' to produce sound.

For optics, Mi Mix Alpha uses Samsung's new 108-MP ultra-high-resolution primary camera sensor with f/1.69 aperture and has four-axis OIS and is capable of 8K video recording. The other two lenses include a 20MP ultra wide-angle camera with f/2.2 aperture and 12MP telephoto camera with f/2 aperture. The camera lenses are protected by a sapphire glass.

The Mi Mix Alpha supports 5G and will be up for sale from December with only a limited number of units as Xiaomi has labelled it as a concept smartphone.