Apps aren't just for gaming or shopping. Some of them can also help users navigate through the life and real-world in a safer way. Phree is one such app, reveals its creator Madhureeta Anand. 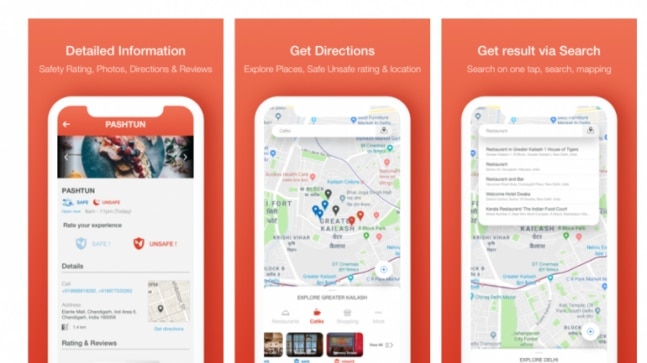 This is not an app that has millions of users, or which is on the list of chart-busting apps. But the people who use Phree found it invaluable. There is an app that helps users identify safe spaces in a city, currently in Delhi, through crowd-sourced data and there are a number of users who are finding it useful enough to carry it on your phone.

The app is the brainchild of filmmaker Madhureeta Anand. Behind every idea, there is a story and Phree app too comes with one.

Madhureeta had stepped out for an evening walk in Gurgaon when she was physically assaulted by a stalker. The incident scarred her for life but instead of letting her fears take over her thoughts, she started thinking if there was something that could have helped women and all those who go out and about the city.

Talking about how the app functions Madhureeta says, "Phree For Safety allows users to rate establishments like cafes, gyms, restaurants, parks, and public places like streets. After rating it either safe or unsafe you can leave a review. The ratings then appear on a real-time map. Blue is safe, red is unsafe and grey is unmarked."

The app then prompts its users if they are near an area that is marked unsafe. It also prompts them to rate a place that they are visiting.

While the Phree app sounds promising, the chances of discrepancies that come along with the app cannot be ignored. Experiences are subjective and it cannot be the same for everyone. There are chances that a particular place might not feel safe to a woman after sundown but the same place can be marked safe by a woman during the afternoon.

"Ours is a user-driven app and so users determine what is safe and unsafe. Safety is personal and dynamic. No one else can determine parameters for safety for an individual. Having said that, we have a comments section where users will express what their reasons are for rating something safe or unsafe. Over a period of time, these reasons will become clear and then we list the top reasons. Both for those ratings and for those accessing the ratings," adds Madhureeta.

The app does have some filters in-built to keep the biases away and ratings authentic. Madhureeta says that people can rate a street or an area only once. They can change their rating but they cannot rate it more than once.

A lot of women are finding the app useful. In Delhi, many members of the transgender community who face violence and prejudice, are also finding the app useful. "The transgender community has faced harsh time due to COVID. They are going to new areas, trying to make a living. It has brought them into conflict with other people. They are using this app to let other transgender and women know what areas are safe for them and what areas are not. So for example there are some parks that have been marked unsafe," says Madhureeta.

The app has garnered some downloads on the Google Play Store but more people apparently need to know about it for it to function more effectively. After all, more users also mean more data about the places. Madhureeta and her team have partnered with communities, colleges, organizations, and institutions for people to use the app. They have collaborated with 150 such institutes and communities.

"When we feel that we have a solid bedrock of ratings we will scale up our marketing efforts," she says. For now, it seems the plan is to find safe and unsafe spaces in our cities, one rating at a time.