Chandrayaan-2 Launch: 'Baahubali' to carry India's dreams to dark side of the moon

Chandrayaan-2 Launch: Apart from Chandrayaan-2, GSLV Mk-III is also all set to be a part of ISRO's Gaganyaan mission, in which three Indians will be sent to space 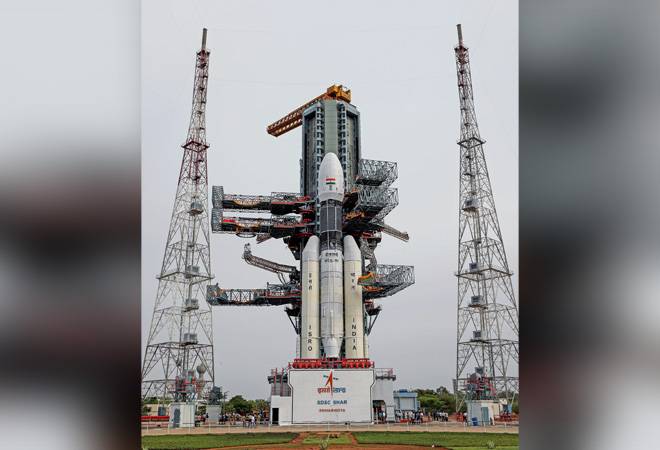 The GSLV Mk-III will be used in the Chandrayaan-2 launch.

Chandrayaan-2 Launch: Indian Space Research Organisation's (ISRO) Chandrayaan-2 will be launched from Satish Dhawan Space Centre in Sriharikota, Andhra Pradesh with the help of a GSLV Mk-III rocket on July 15, 2019. The country's most advanced spacecraft will be launched with an aim to place a rover on the moon and explore its surface for signs of water and possibly new origins of energy.

The Geosynchronous Satellite Launch Vehicle Mark III (GSLV Mk-III rocket), also known as 'Fat Boy' by Indian scientists is one of the biggest and the most powerful rockets available in India.

Chandrayaan-2, India's second lunar mission will carry three lunar exploration robots -- a lander, rover and orbiter -- to survey the moon from the sky and the surface for nearly 14 days.

Here's everything that you need to know about the GSLV Mk-III, aka 'Baahubali':

Also Read: ISRO's Chandrayaan-2 Moon Misson launch on July 15: All you need to know about India's most advanced spacecraft