The Karnataka government is all set to rebuild the KRS dam with a museum complex on the top, similar to USA's Disneyland. The entire project would cost around Rs 1,200 crore and will cover up nearly 300-400 acres of area 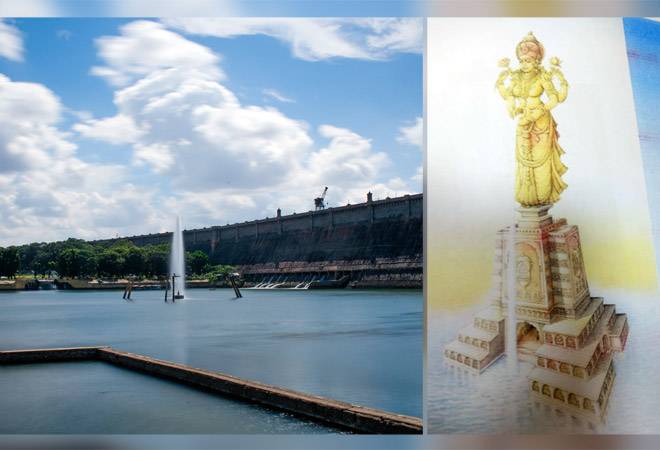 Following the steps of Gujarat and Uttar Pradesh, Congress-JD(S) government of Karnataka has put forth a proposal to build a 125-feet statue dedicated to the river Cauvery, around the Krishna Raja Sagar (KRS) reservoir.

The state government is all set to rebuild the KRS dam with a museum complex on the top, similar to USA's Disneyland. The entire project would cost around Rs 1,200 crore and will cover up nearly 300-400 acres of area. The river serves as the lifeline for southern states - Karnataka, Kerala and Tamil Nadu.

The proposal came days after Prime Minister Narendra Modi unveiled the 182-metre tall Statue of Unity in Gujarat, built at a cost of about Rs 3,000 crore. Sardar Vallabhbhai Patel's statue is the tallest in the world.

Tourism Minister Sa Ra Mahesh and Water Resource Minister DK Shivakumar held a meeting with several top officials to discuss the design on Wednesday. Chief Minister H D Kumaraswamy had previously stated that the proposal to develop the KRS dam would be along the lines of Disneyland in the US.

DK Shivakumar said, "It is not a statue per se, it is an amusement park. We want to showcase the heritage and culture of Mysore to rest of the country. It is still in planning stage and features can be changed be it statue or anything. We have planned a watch tower where people can oversee the dam. It will be like Eiffel Tower in Paris." It will be a public-private partnership project.

The government has also proposed a museum complex, two glass towers measuring 360 feet to provide a bird's eye view of the dam, an indoor stadium, a bandstand and some replicas of historical monuments.

In the proposal,  the statue of Cauvery is presented as a woman holding a pot with water pouring out of it continuously. A smaller figure of the former king of Mysore Nalvadi Krishnaraja Wadiyar has also been planned.

Mahesh said the state's citizens carry a strong feeling for the river that is a symbol of motherhood and the government wants to reflect these sentiments through the statue.

Currently, the Karnataka government is earning around Rs 6 crore in a year from the KRS dam. After the construction of Disneyland-like attraction, the annual turnover is estimated to cross Rs 300 crore and the state government expects a yearly income of Rs 30 crore.