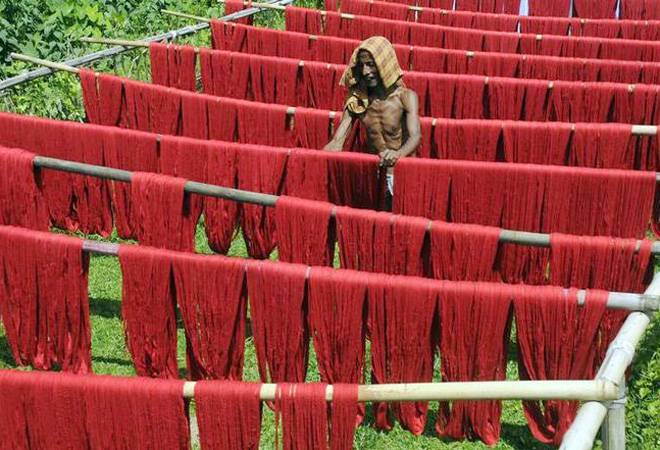 Microsoft India Saturday announced the launch of a new e-commerce platform here for handloom weavers under its Project ReWeave, as part of its philanthropic initiative.

The e-commerce platform would help connect artisans to the buyers directly enabling them to expand to newer customers and markets, a press release from Microsoft said.

The e-marketplace would help sell to a broad set of customers, support weavers in increasing their income and earning a sustainable livelihood while also reviving traditional forgotten Indian art, it said.

Microsoft, in association with the National Institute of Fashion Technology (NIFT), has also curated a special curriculum in 'CAD and Colour for Handloom Weaving' to provide digital training in handloom design, it said.

At a ceremony hosted at NIFT, the first batch of 100 handloom weavers was awarded certificates for successful design course completion, the release said.

Telangana Principal Secretary, Industries and IT Jayesh Ranjan said in the release that "Working with global technology leaders like Microsoft has enabled us to bring technology to the doorsteps of our large weaver communities in the remotest districts of Telangana."

These initiatives like e-commerce marketplace and design training would ensure weaver communities sustain themselves and provide livelihood to artisans, the release said.

This also is a practical solution to motivate the younger generation of weavers to continue with their traditions and not divert into other professions, it said.

On the initiative, managing director of Microsoft India (R&D) Anil Bhansali said, With the introduction of our new e-commerce platform, digital empowerment centres and the new design curriculum, the weavers will be able to build on the rich handloom heritage of India and also reach out to a wider customer base."

India has potential to be $5 trillion economy in 7-8 years: Suresh Prabhu