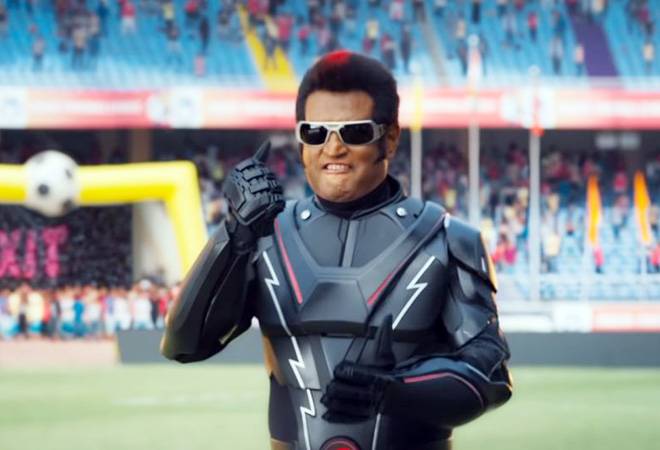 According to BookMyShow, Rajinikanth's movie has earned Rs 311 crore in ticket bookings whereas Padmaavat and Sanju grossed Rs 268 crore and Rs 297 crore in ticket sales respectively. The movie has collected more than Rs 700 crore at the global box office.

2.0 failed to impress the audience and critics with its predictable story and screenplay. However, it still managed to earn more than Rs 711 crore in the global box office. 2.0's Hindi version earned Rs 1.90 crore on its 15th day, taking its total collection to Rs 177.75 crore.

The movie is performing well in Karnataka and Tamil Nandu. 2.0 has made over Rs 167 crore in Tamil Nadu and Rs 41.20 crore in Karnataka. It has also become the first movie to cross Rs 20 crore mark at the hometown of Thalaivar, Chennai.

2.0 narrates the story of Pakshirajan's (played by Akshay Kumar) vengeance on humans, whom he holds responsible for the declining population of birds. The movie was made with a budget of over Rs 550 crore.