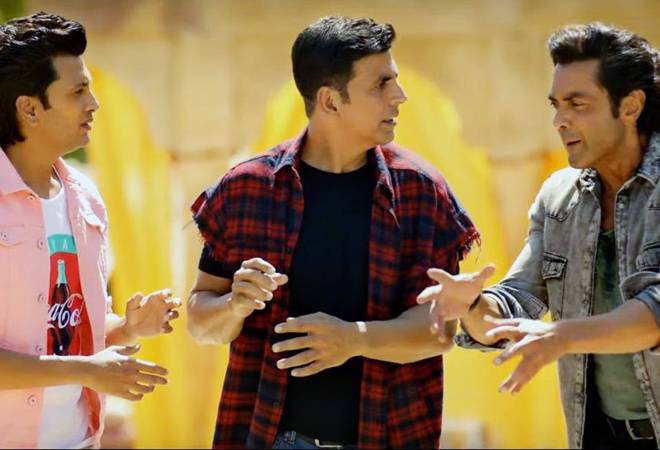 Akshay Kumar's multi-starrer Housefull 4 has witnessed a strong run at the box office. The third weekend of the Akshay Kumar-Riteish Deshmukh-Bobby Deol-Kriti Sanon starrer saw the movie make an estimated Rs 9.50 crore. While this is a significant drop of 70 per cent from the previous weekend, it is still an encouraging number for a third weekend.

The Housefull 4 box office collection now stands at an estimated Rs 194 crore. From the looks of it Housefull 4 is likely to make Rs 200 crore in India very soon.

Housefull 4 has seen strong collections in Gujarat/Saurashtra. In some theatres, it is doing as well as Ayushmann Khurrana's latest release Bala. Housefull 4 will now eye the box office collections of Golmaal Again that made Rs 205 crore nett.

Housefull 4 is the biggest release of the Housefull franchise. Its previous two films made around Rs 110 crore nett.

The movie, directed by Farhad Samji earned Rs 46.50 crore in its opening weekend, Rs 135 crore in Week 1 and nearly Rs 48 crore in its second week.

The fourth film of the Housefull franchise was released on October 25 and released along with Rajkummar Rao's 'Made in China' and Taapsee Pannu-Bhumi Pednekar's 'Saand ki Aankh'.