Saaho Hindi box office collection day 8: While the film's Hindi version is witnessing a slight drop in its weekdays collection, Prabhas starrer film has performed well on its first 8 days at the box office and its domestic collections have touched nearly Rs 280 crore 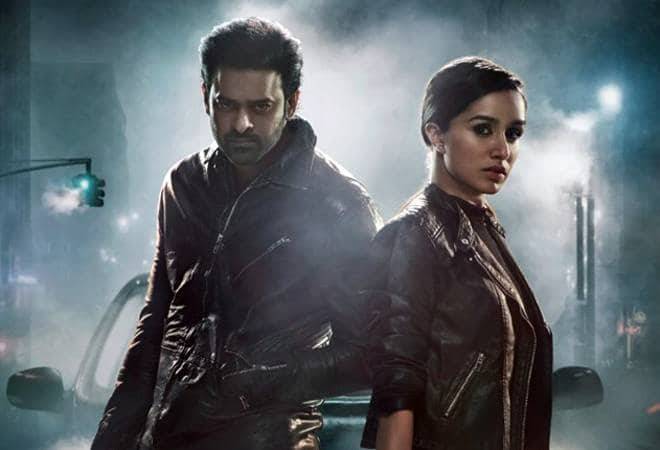 Saaho Hindi box office collection day 8: The Prabhas and Shraddha Kapoor film is emerging as one of the biggest hits of 2019

Prabhas starrer film Saaho continues to dominate the box office despite pressure from Nitesh Tiwari's Chhichhore. The multilingual film, which has already crossed Rs 350 crore mark worldwide, has performed well on its first 8 days at the box office and its domestic collections have touched nearly Rs 280 crore.

While the film's Hindi version is witnessing a slight drop in its weekdays collection, the Sujeeth directorial's is minting money across the world. The film collected around Rs 6 crore on Friday and Rs 8 crore on Saturday of this week, hence taking the total collection to nearly 280 crore.

The film is giving a tough fight to Sushant Singh Rajput and Shraddha Kapoor's college-drama, Chhichhore, which hit screens on September 6. The movie, which marks Dangal director Nitesh Tiwari's first directorial venture after the release of Aamir Khan starrer, has collected around 7 crore on its opening day in cinemas.

Saaho's domestic collections have touched nearly Rs 240 crore in the first week, while its Hindi version minted Rs 78.88 crore in its opening weekend.

Even negative reviews from critics are not stopping Prabhas' fans from watching the film. The makers UV Creations on Friday took to Twitter to share the box office collection of the movie. "Setting Box Office on Fire #Saaho collects whopping 370 Cr+ gross & Counting in 7 days worldwide", UV Creations said in a tweet.

Saaho Hindi has become the fourth highest week 1 grosser of 2019 by earning Rs 116.03 crore. Salman Khan-starrer Bharat has earned Rs 180.05 crore at the end of the first week of release, followed by Kabir Singh with Rs 134.42 crore and Mission Mangal, which grossed 128.16 crore in 8 days.

The Prabhas and Shraddha Kapoor film is a blockbuster in all the four languages - Hindi, Tamil, Telugu and Malayalam - is emerging as one of the biggest hits of 2019.

Saaho, which was one of the most anticipated films of 2019, has smashed several records. The film has become a hit among US audience, where it has grossed over $2 million so far. With this, Saaho becomes Prabhas' third film to achieve this feat, after Baahubali. It is also Shraddha Kapoor's debut in South Indian cinema. Apart from Shraddha and Prabhas, the film also stars Jackie Shroff, Neil Nitin Mukesh, Mandira Bedi, Chunky Pandey in supporting roles.