The Rs 150 crore-budget film has already managed big numbers on pre-sales of rights and the movie is Kamal Haasan's first in three years.

The release of Vikram on June 3 will be the first Kamal Haasan-starrer in three years, the last being Vishwaroopam 2 in 2018. The intervening period saw the actor float a political party, taste defeat in the Tamil Nadu assembly elections and, of course, the big effect of the pandemic on the entertainment industry. Vikram will be released in Tamil, Telugu and Hindi and is a much-hyped release.

With an estimated budget of Rs 150 crore, that includes Haasan's fee of around Rs 30 crore, the stakes are high. The pre-sale of satellite and digital rights (bought by Disney Star) has raked in around Rs 100 crore, with other components – theatrical, dubbing and overseas – will bring in an equal amount. In Tamil, the film is being distributed by Red Giant Movies, a company owned by Udhayanidhi Stalin, son of Tami Nadu’s Chief Minister, M K Stalin. The political connection has raised expectations on a high-quality film. 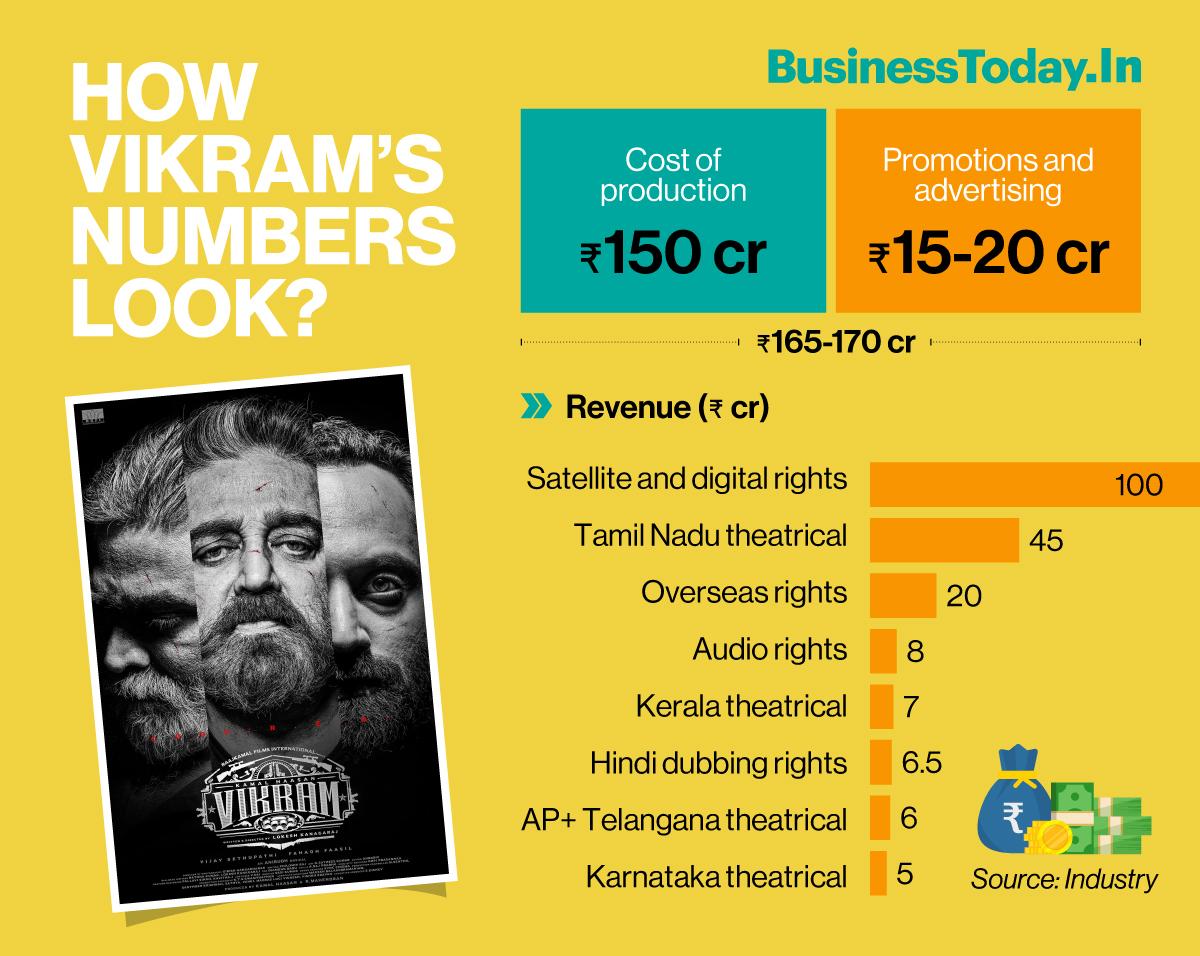 “It is obvious they have seen the film and think it will work,” says a source in the Tamil film industry. The film is directed by Lokesh Kanagaraj, known for successes such as Kaithi and Master. In addition to Haasan, Vikram also stars Vijay Sethupathi and Fahadh Faasil.

The release of Vikram is at a time when the films from down south have set the box-office on fire, the prominent cases being Pushpa: The Rise, RRR and KGF: Chapter 2. Sreedhar Pillai, a trade analyst, thinks Vikram is being pushed aggressively as a pan-India film.

“It will have a huge advance booking because of the hype. Plus, it is an action movie, a theme that audiences have liked in the recent past,” Pillai says.