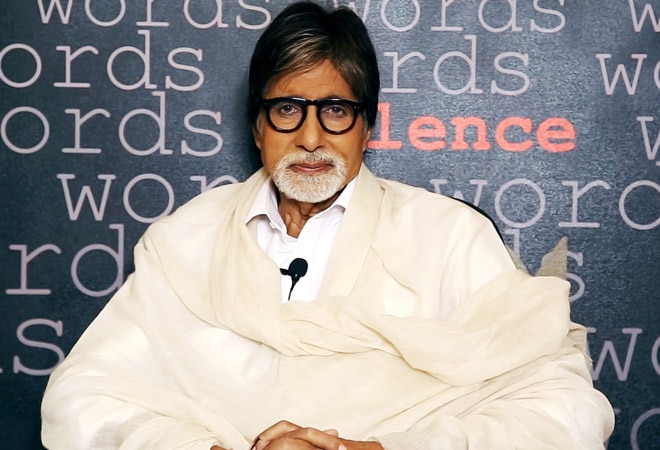 As India braves the second wave of COVID-19, everyone from common citizens to celebrities, has extended a helping hand. Some people, however, have questioned celebrities for not contributing enough to India's fight against COVID-19.

Megastar Amitabh Bachchan wrote a blog on how he and his family continue to receive "everyday abuse and the filth of distasteful comment" and that these comments do not really make a difference. He also laid down a list of charity work done by him without revealing the amount.

Bachchan further revealed that he had contributed Rs 2 crore to a 250-450 bed care COVID-19 facility at Delhi's Rakab Ganj Gurudwara.

The 102 Not Out actor wrote, "Yes I do charity, but have ever believed it to be done, than spoken of... it is embarrassing, in too great a self-consciousness.. Of one that has ever felt shy of public presence despite the profession- one that has to find its usp in public domains is relevant today for me.."

He further wrote, "The pressure though the everyday abuse and the filth of distasteful comment has never been of attention to me or to the family.. We have seen it from time immemorial.. happens.. Some are ridden with the wisdom that it shall happen.. So all the efforts continued in the quiet.. No divulge to the information agencies.. No talk of it either.. Only the receiver knew and that was the end.."

Bachchan, also known as the Angry Young Man of Indian cinema, divulged details about the help he has provided to people.

"Over a 1,500 farmers bank loans paid off by my personal fund and prevented them from suicide, as the suicides grew.. from Andhra Maharashtra, UP et al.. calling them over after identifying with respective banks and getting them all to Janak and in the presence of the bank representatives, paying them in person and getting them to strike off the loan, giving each farmer the document that they did not owe any more, that their loan was over and completed and paid back to the bank.. some 300 odd from UP could not all be present.. a bogie in the train booked for a limited number of 30 to 50 of them, from their respective cities in UP, received in Mumbai, brought over to Janak, fed and given the loan cancellation certificate and put back on the train to their homes.. all at my expense.."

He further added, "The brave soldiers at the border of the country who had been martyred, their lists sought and their families, young wives and their children, some wives pregnant and expectant, given succour.. The martyrs at Pulwama after the terrible terrorist attack, their families spread all over the land contacted and brought to Janak and given succour.. at the hands of Abhishek and Shweta.."

Elaborating on the COVID relief work he and his family did, Bachchan said, "Those that suffered during the COVID last year.. providing food for over 400,000 daily wage earners in the country for a month.. feeding almost 5,000 in the city each day lunch and dinner.."

"Provided masks, PPE units to front line warriors.. Police Hospitals in the thousands.. through personal funds.. donating to the Sikh Committee that was helping the migrants to travel back home in the Inter State buses, where the drivers were mostly Sikhs.."

Bachchan had also booked 30 buses to ferry migrant workers in Uttar Pradesh and Bihar and arranged food and water for them.

"Booked an entire train from Mumbai to UP to carry 2,800 migrant passengers free of cost at my expense.. and when the destination State blocked the train from coming into their State and cancelled the train.. immediately chartered 3 IndiGo Airline planes and flew almost 180 migrants in each flight to UP and Bihar and some to Rajasthan and J&K.."

Also read: 'Vaccinate yourself as soon as you can', says Virat Kohli; gets first shot of COVID-19 vaccine