Priyanka Chopra takes a walk down memory lane; shares pics from when she was 'mean, lean, all of 17'

As soon as the Bajirao Mastani actor shared this blast from the past, her comment section was flooded with messages from colleagues and fans 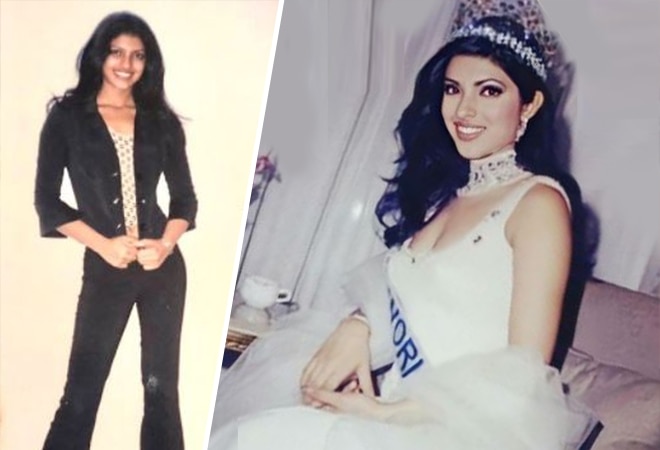 The Sky is Pink actor Priyanka Chopra went down the memory lane and shared some images from her teenage years. Chopra shared an image that was clicked around the time she was crowned Miss World in 2000 at the age of 17 with the caption, "Lean, mean and all of 17. #Unfinished".

As soon as the Bajirao Mastani actor shared this blast from the past, her comment section was flooded with messages from colleagues and fans. While her Miss India co-contestants Dia Mirza and Lara Dutta Bhupathi commented and wrote, "I remember this girl", celebs like Hritik Roshan, Sonali Bendre, Preity Zinta and Rajkummar Rao expressed their love for her.

The Baywatch actor also shared another image wherein she is seen wearing the Miss World Sash and crown. She wrote, "#TBT Miss World at 18! The turn of the millennium... the year 2000! Wow. It feels like just yesterday I was living this dream. Now, almost 20 years later, my enthusiasm for changing the status quo remains as strong and is at the core of everything I do. I truly believe girls have the power to bring abot change if they get the opportunities they deserve."

Chopra is all set to release her memoir Unfinished which features personal essays, stories and observations. The memoir will be published by Penguin Random House India. On the work front, her next film The White Tiger will release on Netflix on January 22. Besides this, she has finished the shoot for Matrix 4 with Keanu Reeves and also has a film on Maa Anand Sheela in the works.