Sushant Singh Rajput death case: Rhea Chakraborty said that all allegations are totally concocted and fabricated for ulterior purposes. She has also denied abetment of suicide, misappropriation of funds and other allegations 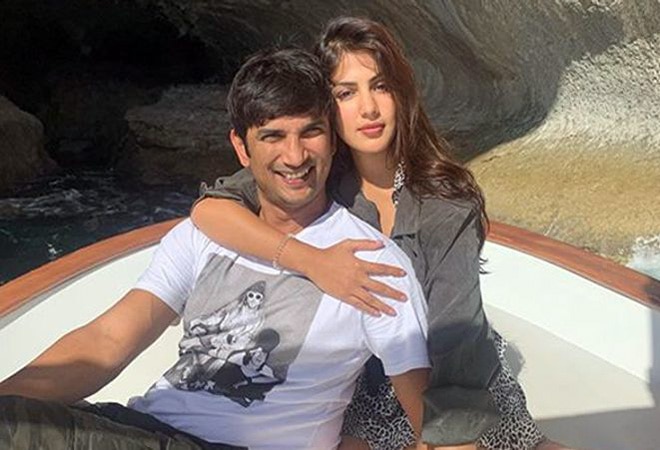 Rhea Chakraborty who is under investigation in connection with the Sushant Singh Rajput case has released a statement. Chakraborty has said that all the allegations against her are "nonsense and an afterthought". In fact, the statement makes allegations against Sushant Singh Rajput's sister of groping her. The two moved in together in December 2019 and lived in Mumbai's Mount Blanc till she left for her home on June 8.

"The allegations are totally concocted and fabricated for ulterior purposes. Rhea denies all allegations of abetment of suicide, misappropriation of funds and others or otherwise. Both the Mumbai Police and the Enforcement Directorate have been handed over all of Rhea's financial documents which clearly show the falsity of such allegations. She has not received a single transfer from Sushant's accounts. All her Income Tax Returns have been examined by Police as well as the ED. Neither of them have found anything incriminating against Rhea," said the statement released by her lawyer Satish Maneshinde.

The statement said that one night in April 2019, both Rhea and Priyanka had gone out. "Priyanka consumed copious amounts of alcohol and was behaving inappropriately with men as well as women at that party. So, Rhea insisted that they return to Sushant's home. Upon returning, Sushant and his sister continued drinking alcohol while Rhea retired for the night as she had a shoot the next morning. Rhea was asleep in Sushant's room when she suddenly awoke to find Priyanka had got into bed with her and was groping her. Rhea was extremely shocked and demanded that she leave the room immediately. Subsequently, Rhea herself left the house," the statement read. When Sushant was informed of the incident, he had an argument with his sister. That incident strained Rhea's relationship with the family, she said.

In June, Rajput had called his family and informed them of his decision to move out of Mumbai. He had requested them to come and meet him. Once his sister Meethu agreed to come, Sushant requested Rhea to go to her parents' place for a while. "Rhea had been suffering from her own anxiety issues and often endured panic attacks. Sushant's conduct also aggravated these conditions. Even though Rhea was desirous of seeing her family, she was not at all comfortable with leaving Sushant," mentioned the statement.

The statement said that the entire case has become more about politics than about the truth. "Unwanted and irrelevant submissions are being made. The number of politicians taking advantage of this case on the eve of elections in Bihar is evident," it said.

'Final exam can be postponed, not cancelled,' says UGC to Supreme Court