Several other movies like Gully Boy, Simmba,  Manikarnika, Badhai Ho, were also released online by Tamilrockers after their releases. 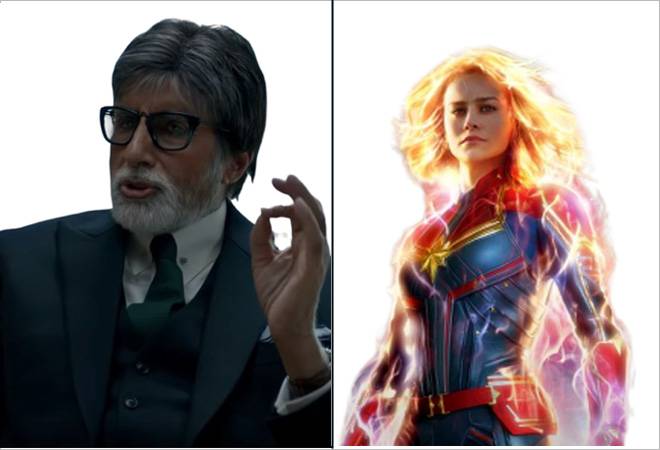 The latest Marvel film which released this Friday appears on the pirate website in English, Hindi, Tamil and Telegu for downloading, reports News 18. Apart from Brie Larson, Captain Marvel also stars Samuel L Jackson and Jude Law in key roles and is the first Marvel movie to have a female superhero in lead.

The pirating site has also leaked Amitabh Bachchan and Taapsee Pannu's Badla. Sujoy Ghosh's latest release is an official remake of the 2017's The Invisible Guest, a Spanish movie that had received positive reviews from critics at the box office.

In director Ghosh's intense-thriller Big B plays the role of a lawyer, Badal Gupta. Taapsee Pannu, who plays the character of Naina, has been accused of killing the man she was having an affair with, but claims otherwise. Sujoy Ghosh had also received Filmfare Award in the best director category for Vidya Balan's drama-mystery Kahaani.

TamilRockers is a pirating site that illegally releases new movies online. TamilRockers' business is a simple case of demand and supply. Movie lovers who don't want to spend on ticket window end up downloading a pirated copy of the film on the TamilRockers site. As more patrons continue to visit their site, they continue to provide movies for free downloads. This way TamilRockers makes money while eating away a chunk of the movies' producers' earnings.

However, this is not the first time that a newly released film has been made available at the torrent websites. Several other movies like Gully Boy, Simmba,  Manikarnika, Badhai Ho, were also released online by Tamilrockers after their releases. The entire film industry has been trying hard to stop piracy over the past several decades. Earlier, the Film Federation of India's members had also asked the government to address these issues and tighten security measures and to regulate piracy inside theatres.

Akash Ambani-Shloka Mehta wedding: Check out the latest picture of the newlyweds