Local manufacturers to crank up alloy wheel capacity to tap a thriving market; of the annual requirement of 26 million alloy wheels in India, almost 46 per cent was imported mostly from China in FY20 due to lack of domestic supply 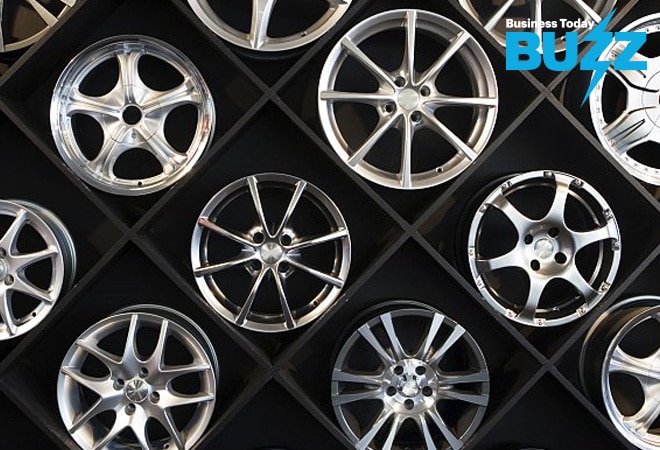 The first thing that 28-year-old Sachin Nagpal did after taking delivery of his new Maruti Swift - even before he made the mandatory and customary trip to the temple - was to rush to the neighbourhood automobile market to get a set of alloy wheels. Having contemplated for months on which car to buy and what variant to go for, Nagpal faced a peculiar problem. He did not like the alloys on offer. As his first car he was in no mood for a compromise. "I had already researched on which set of alloy wheels I wanted so that was the first pit stop I made," he says. He had been saving to buy his dream car for almost two years. "I know some people say its all for show but a good pair of shoes makes a whole lot of difference to one's personality. The right set of alloy wheels do just that to a car."

After infotainment, seat covers and tyres, alloy wheels have emerged as the most sought after accessory for car buyers in India. A cursory trip to any local automotive hub in the country and the number of shops selling alloy wheels will confirm that people like Nagpal are not an exception. A decade ago, it maybe an occasional customer who would fit a car with a swanky set of alloys. Today it has become much more mainstream. Proof of it is the rapid rise of the domestic component industry for alloy wheels in India.

"It is a big market that has opened up right in front of our eyes. Even till 2015, the adoption of alloy wheels in India was low - only about 10 per cent. It has already gone up to 40 per cent and it will only increase further," says Nirmal Minda, Chairman, Minda Industries.

Minda was among the first movers in this segment and the way he has increased his exposure over the last decade is testimony to the potential in this category. He first dipped his toe in 2010 by setting up a factory in Chennai in a joint venture partnership with Kosei Aluminium of Japan. He followed it up with another factory that produces 1.5 million alloy wheels per annum in Bawal primarily to cater to the needs of Maruti Suzuki and Mahindra and Mahindra. Next was yet another factory of the same capacity in Gujarat in 2019. Having acquired a taste for it, Minda is now venturing into two-wheeler alloys with a factory in Pune being set up over two phases with an investment of Rs 500 crore.

"We are still importing a lot of alloy wheels in India. Not only is there potential for growth through greater adoption but also through import substitution," he says.

The advantage of having an alloy wheel in your car is not just skin deep or cosmetic. That maybe the primary source of attraction for the average vehicle user on the road, alloy wheels are technologically superior than steel wheels. Alloys are lighter and hence offer better fuel economy, durable as they are more resistant to corrosion and rust than steel, dissipate heat better which increases life of the tyres, offer better braking due to increased grip on the road and are also more suited to tubeless tyres. They were always the next step in the evolution of the wheel and it was always a matter of time for the market to graduate.

If Minda went from four-wheeler alloys to two-wheelers, Rockman Industries, which is part of Munjal family's Hero Group, has gone the other way. Mapping the growth story of Hero MotoCorp, India's largest two-wheeler company, it initially aligned its alloy wheels business with the prospects of its home company before charting into four-wheelers with a factory in Tirupati.

Domestic component companies are however a tad late in realising this potential. The signs were already encouraging in the aftermarket segment for sometime now. They cannot be faulted for it either. Led by the original equipment manufacturers - the passenger vehicle and two-wheeler makers in this case - that are their primary customers, they mainly look at their requirements and trends in the aftermarket space are often missed. That is where the imports have taken centrestage.

"Most of the alloy wheels that you will find in the market are imported either from China or Taiwan. In this business, variety of design and options for various tyres matters and through imports you can get them in bulk," says Parvender Singh who runs a tyre shop in Malka Ganj area of Delhi. "Till a few years back you could not even get locally produced alloy wheels at all."

In fiscal 2020, the annual requirement for alloy wheels in India was estimated at 26 million, of which, 12 million or over 46 per cent was imported. So much so that the issue has even figured in trade remedial negotiations in the Commerce Ministry. The government had first levied an anti dumping duty on four-wheeler alloy wheels from China, Korea and Thailand for five years in April 2014. It was extended for another five years last year. A similar demand for protection for two-wheeler alloy wheels has also been raised.

"As investigations were on for four-wheeler alloy wheels, which meant they cannot be extended for another category, we have requested the government to impose minimum support price for two-wheeler alloy wheels to protect the domestic industry in that segment," Vinnie Mehta, Secretary General of Automotive Component Manufacturers Association (ACMA), had said in February 2019.

Munjal of Rockman says the imposition of the anti-dumping duty has indeed given a fillip to domestic companies to invest and set up capacities in the country.

"On the four-wheeler alloy wheels side, there has also been significant capacity addition by local and international players. Anti-dumping duty on the wheels imported from few Asian countries has had a positive impact and the domestic industry is becoming more competitive now," he says. "Along with increasing penetration of alloy wheels in cars, import substitution also is giving a boost to the local manufacturing of wheels."

India's largest aluminium producer Vedanta believes bulk of the alloy wheels in the aftermarket are still dependent on imports and there is a crying need for more local manufacturing.

"As per our understanding, presently around 0.5 million alloy wheels are sold in the aftermarket per annum which consumes about 5,000 tonnes per annum of aluminium. Out of the total alloy wheel aftermarket, the domestic manufacturers share is around 25-30 per cent only. Balance 70-75 per cent requirement is catered by imports directly in the form of wheels, majorly from China," says Ajay Kapur, CEO, aluminium and power business, Vedanta Ltd, which is also world's second largest producer of aluminium.

"So, there is a huge scope for the domestic players to offset those imports. Though, few of the top wheel manufacturers in the country have already lined up efforts to bridge the gap, other auto and component manufacturers also, with the help of strategic partnerships with domestic players, can surely bring the imports down particularly in the interest of logistics-costs efficiencies."

Pot of gold under the rainbow

Import substitution in the aftermarket is only one half of the potential. The other and possibly bigger pot at the end of the rainbow is more and more new cars and motorcycles with factory-fitted alloy wheels. Nearly 2.8 million new cars, SUVs and vans, and additional 11.2 million motorcycles were sold in India in 2019-20. Even if alloy wheel penetration increases by 10 per cent in this market, it will create additional demand for over 5.5 million wheels every year. And these are conservative estimates.

"Two-wheeler alloy wheels market in India has been registering a significant growth over the last few years due to increased substitution of imports by local players, having scale and efficiencies. OEMs have continued to increase domestic procurement of alloy wheels due to cost efficiencies, quality, reliability, and quick turnaround times of the local manufacturers. We believe by FY22-23 India should become completely self-reliant in domestic manufacturing of alloy wheels," adds Munjal of Rockman.

Then there is the potential for exports too. With raw material in the form of aluminium available in abundance in the country, experts believe India could become a global hub for alloy wheels in Asia once companies develop capability and scale here.

"India has the potential to become an export hub for alloy wheels, given the size and scale of total global requirement. For instance, as India's largest producer of primary foundry alloy (PFA), we can support this development by supplying against advance licences from our SEZ unit in Jharsuguda, helping domestic suppliers compete with pricing in the process," says Kapur of Vedanta.

More importantly, this is a segment that is insulated from the four-pronged disruption of connected, autonomous, shared and electric mobility which is staring at other parts of the sector in the face.

"Whatever the engine or fuel of the future might be, vehicles will still continue to be run on wheels and tyres," says Satish Sharma, president, Apollo Tyres. "Just like the world, they will also always be round."

Whichever way one looks at, there is no stopping the wheels of alloy.

BT Buzz: How the LTC cash voucher scheme will work for you?