Brands such as Motorola, MyBox, Boat, Portronics, Fingers, Sony, iBall and Dish will soon launch and update their existing Alexa-built in devices to support Hindi. 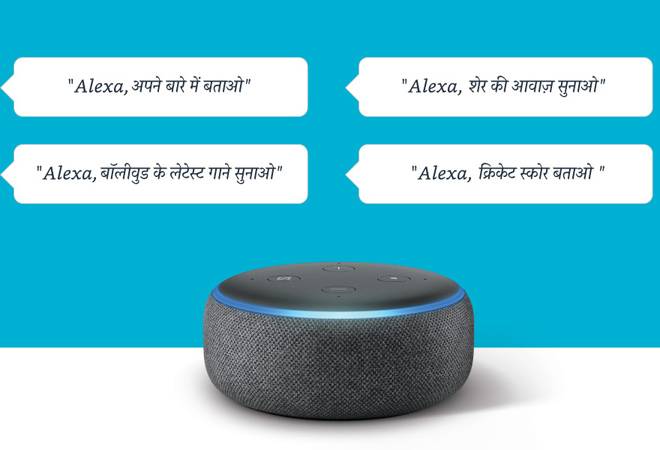 This is Amazon's major step to make Alexa more 'Indian' as it will be able to understand hundreds of thousands of users speaking to her completely in Hindi or Hinglish, in multiple contexts.

Expanding its reach in India, Amazon has introduced Hindi and Hinglish support for its digital assistant Alexa. Introduced in India almost two years ago, Alexa, the brain that powers Echo hardware, only supported the English language until now. However, it used to understand and pronounce names of popular places, names and songs in many regional languages such as Hindi, Tamil, Telugu, Marathi and Punjabi, but could not communicate in the same.

This is Amazon's major step to make Alexa more 'Indian' as it will be able to understand hundreds of thousands of users speaking to her completely in Hindi or Hinglish, in multiple contexts, and varied regional accents and dialects. "India has uniquely challenged our AI teams with its cultural and linguistic diversity. We are thrilled to bring a suite of AI advances in multilingual understanding so that customers can interact with Alexa in different regional variants of colloquial Hindi. We are also grateful to Indian customers who contributed to Hindi development through the Cleo skill," says Rohit Prasad, Vice President and Head Scientist, Alexa AI, Amazon.

Amazon says that since Alexa runs in the cloud, the service is always getting smarter. Users will be able to interact with Alexa in Hindi and Hinglish to control lights, set up an alarm, fetch news updates, play music and get sports updates. They will be able to ask Alexa for diverse Hindi content such as jokes, shayaris, games, Kabir ke dohe, Panchatantra stories, Bollywood dialogues, more than 500 Alexa skills, and even spellings of words in Hindi. But all this will work only when conversing with Alexa using Echo family of speakers, and not Fire TV Stick or Alexa app.

Starting today, Alexa in Hindi will be available not only on the Echo family of speakers but also on a range of smart speakers by Bose. Brands such as Motorola, MyBox, Boat, Portronics, Fingers, Sony, iBall and Dish will soon launch and update their existing Alexa-built in devices to support Hindi. However, this feature is not yet supported by the Alexa app or the Fire TV stick devices. To start interacting with Alexa in Hindi, users can say - "Alexa, help me set up Hindi." Existing Echo customers in India can change their device language to Hindi via the Language options inside the device settings on the Alexa App. Echo Show users can access the settings section to change the language by swiping down from the top of the screen.

Amazon will make it simple for users to interact with Alexa in both Hindi and English, without changing the device language, going forward. For instance, if a customer asks for the weather in Hindi, Alexa will reply in Hindi, and when they ask for information in English, Alexa will understand and respond in English. This feature is specially built for Indian households where users speak both Hindi and English.

"We are a customer-first company than a technology-first company. In India, the pronunciation, diction, and accents in Hindi are different across the country even if the language being spoken is the same. Conversations in Hinglish are common," says Puneesh Kumar, Country Manager for Alexa Experiences and Devices, Amazon India.

Also read: Privacy nightmare? Amazon employees are listening to every word you say to Alexa