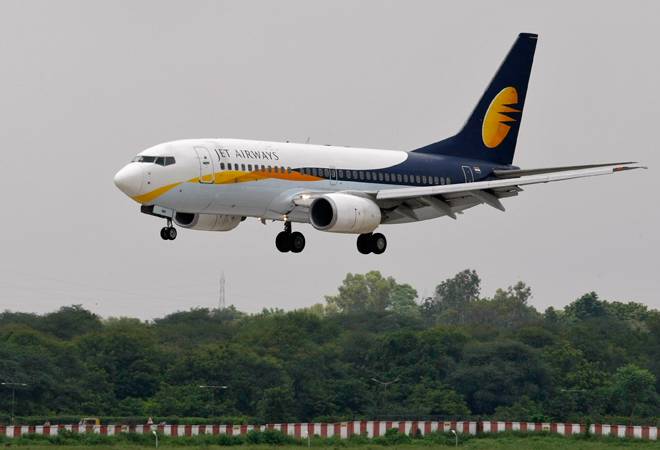 The bidding process for stake sale in the cash-starved Jet Airways is likely to commence from Monday as the bid document is still to be given a final shape, a source said.

The SBI-led consortium of 26 lenders, which now has the management control of the full-service carrier under a debt-recast plan, last Thursday said bid for the stake sale in Jet Airways airline would be issued on April 6.

"The expression of interest (EoI) for stake sale in Jet Airways will now be issued Monday (April 8)," said the source.

Accordingly, the last date for submission of the bids, which was April 9 earlier, is also likely to be extended by a day to April 10, he said.

SBI is the lead lender to Jet Airways, which has a debt burden of Rs 8,000 crore.

Under the debt resolution plan approved by the Jet Airways' board on March 25, lenders have taken majority stake in the airline and are set to infuse Rs 1,500 crore funds.

Besides, the carrier's founder and promoter Naresh Goyal as well as his wife Anita Goyal quit the board. The shareholding of Goyals have come down to 25 per cent from 51 per cent earlier.

Amid uncertainty over future of Jet Airways, the consortium of SBI-led lenders last Thursday said bids for selling stake would be invited on April 6 and other options would be explored in case the stake sale efforts do not result in an "acceptable outcome".

After taking stock of the current situation at the airline, which is currently operating less than 30 planes, the lenders said they would pursue resolution plan for the carrier in a time-bound manner under the present legal and regulatory framework.

"The lenders are cognisant that the outcome of efforts of the lenders will depend on the interest shown by the parties on sale of stake in the company," the statement issued by lenders last week said.

"Whilst all efforts will be made for the stake sale by lenders, other options may be considered by the lenders should these efforts not result in an acceptable outcome," it said.