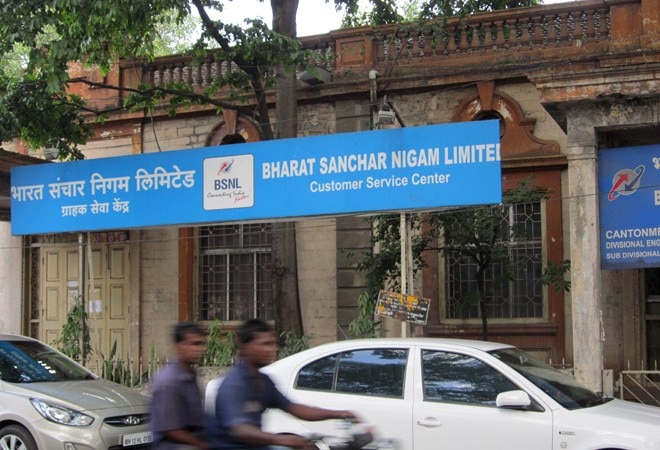 The state-run telecom operator BSNL recently announced a voluntary retirement scheme (VRS) for its employees. The scheme, known as BSNL Voluntary Retirement Scheme 2019, is part of the Rs 69,000-crore cabinet-approved revival package for the ailing BSNL and MTNL. Under the scheme, employees above the age of 50 years are eligible to avail the scheme, and that covers nearly 1 lakh employees - or about 63 per cent of its overall staff strength of 1.6 lakh - that are currently working with the telco.

As per last official estimates, roughly 80,000 employees have already opted for the scheme in just over two weeks of the rollout. So far, the number of employees opting for VRS is in line with the BSNL's internal estimates, however, since the scheme is open until December 3, more employees are expected to join the bandwagon.

But why are so many employees opting for it? The scheme is quite generous since it would pay every retiring employee a lumpsum salary of the remaining months of their service at the telco. So, if the current retirement age is 60 years, an employee who is aged 55 years will be entitled for a lumpsum payment of 60 months of their present salary - that is five remaining years of service multiplied by 12 months.

It seems that every retiring employee at the PSU is going to be a multi-millionaire post January 31, 2020 - the last day that the government has set for itself for processing VRS dues. How?

ALSO READ:BSNL VRS plan: Over half of PSU's workforce opt for early retirement

First, let's do a back-of-the-envelope calculation of the average employee salary. As per BSNL sources, the telco's monthly salary budget is about Rs 1,200 crore that means that the average employee salary is Rs 75,000 per month. Being a PSU, the difference in the salaries of employees at BSNL might not be as wide as a private sector company - considering that the previous chairman and managing director of the telco Anupam Shrivastava was drawing a remuneration of Rs 2.43 lakh per month, which is just over three times the average salary at the telco.

So, if an employee at the age of 50 years is opting for the scheme; assuming that this employee is earning Rs 75,000 per month, which is the current average salary, the total entitlement of this person would be whopping Rs 90 lakh. That's because this person still has 10 years of service left, and with an average annual salary of Rs 9 lakh that they are earning now, it would add up to some Rs 90 lakh of lumpsum payment. Similarly, an employee who is currently aged 59 years would get about Rs 9 lakh, which is just short of a million in rupee terms.

"The ex-gratia component of VRS will require Rs 17,169 crore, in addition, the government will be meeting the cost towards pension, gratuity and commutation," a PIB note said last month.

The other sick PSU telco MTNL, which is going to be merged with BSNL, has also rolled out an identical VRS scheme for its employees but the scale at which BSNL would be retiring its employees is unprecedented. BSNL, which is estimated to have posted losses of about Rs 14,000 crore in 2018/19, has reduced its workforce considerably over the years. Yet, its staff cost is over 75 per cent of the total income. That is set to change after the wholesale retirement, and hopefully lead the PSU in the right direction. For an organisation that has suffered from the bloated workforce and lack of competitive intensity, this is perhaps the last shot to get into shape.

ALSO READ:BSNL reviews business continuity as VRS scheme likely to cut workforce by half; in talks with DoT

Indian population in US increases near 50% in 8 years