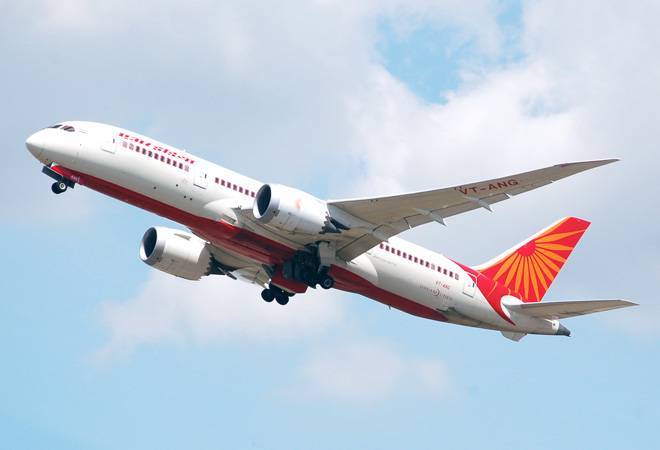 Meanwhile, private airlines' booking schedule starts from the next day of the official end of the lockdown that started on March 25 for 21 days

Air India on Friday informed that it will book tickets for domestic and international flights only after April 30. This is in stark contrast to private carriers such as IndiGo, SpiceJet, Vistara and others which are accepting bookings from April 15 onwards on their domestic network. The international bookings remain closed for all carriers since it requires permission from the civil aviation ministry on a case-to-case basis. With the deferment of Air India's bookings, the rumour mills have started rolling with speculations of a possible extension of the 21-day lockdown.

Air India's decision has come a day after the aviation minister Hardeep Singh Puri held a video conference with media (over Zoom app) where he had said that airlines can take bookings for domestic flights after April 14, and the carriers would have to follow the current protocol if the lockdown is extended. Interestingly, the conference was also attended by the Air India chairman and managing director Rajiv Bansal along with senior civil aviation ministry officials.

"It's likely that they believe that the lockdown will be extended. Given the minister's statement, although this doesn't make sense to me," says Dhiraj Mathur, former partner at PwC. Some experts say that it's too early to draw conclusions. "The national carrier could be taking precautionary measures to protect its employees from the outbreak. There have been some recent instances of Air India's staff risking lives in the line of duty," says an aviation analyst. 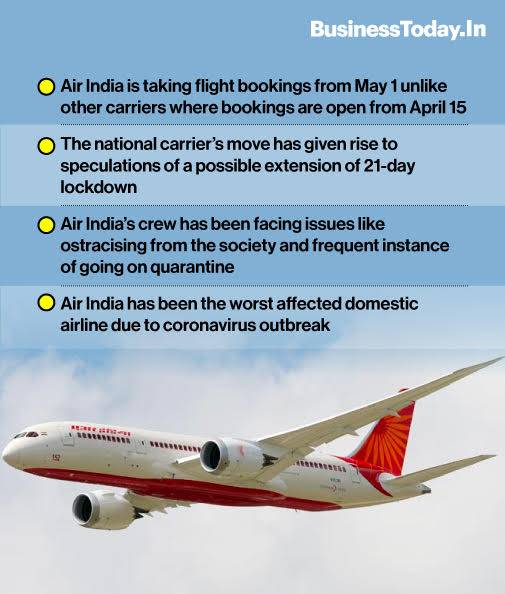 On April 2, it came to notice that one of the Air India cabin crew members was tested positive for coronavirus in an evacuation flight between Newark and Mumbai. Last month, the airline asked its cabin crew to self-isolate themselves after a Delhi resident who travelled with Air India (from Vienna) was tested positive. Despite taking precautionary measures like sending crew from coronavirus-affected countries on quarantine, the national carrier recently drew flak from a pilot association (Executive Pilots Association) who reportedly raised objections over the personal protective equipment (PPE) given to them on the rescue flights.

Meanwhile, private airlines' booking schedule starts from the next day of the official end of the lockdown that started on March 25 for 21 days. Last month, the prime minister Narendra Modi announced the lockdown to contain the spread of coronavirus in the country, and every things was locked up, including flights, trains and inter-state public transport systems. But the movement of essential items was allowed through special flights.

While one arm of the government is hinting at the extension of lockdown, the other seems to negate it. For instance, Indian Railways has said that it will resume train bookings from April 15 which, in some ways, puts the growing speculation to rest.

Before the lockdown was implemented, most carriers had scaled down their international and domestic operations substantially. The private airlines have offered passengers to cancel and reschedule their flights without any charges. Air India, on the other hand, is giving out credits to booked passengers which can be availed on future bookings. Within the domestic aviation sector, Air India has been the worst hit in the wake of coronavirus outbreak. As per consultancy firm CAPA, Air India's privatisation is unlikely to proceed in FY21 and may be postponed beyond. "The government must prepare a back-up plan which will require it to make a renewed commitment to operating the national carrier, and to brace the exchequer for long-term capital infusions. In the short term alone, Air India could conservatively require financial assistance of over $1.5 billion to survive," said a CAPA note.