Speaking at the Business Today's India's Most Powerful Women 2020, Purohit states that the audiences no longer want to cheer from the side lines, they want to feel a part of their lives being portrayed and connect with it 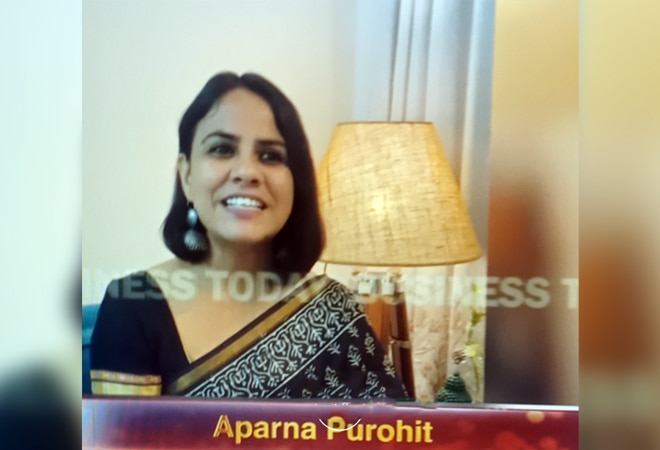 The art of storytelling has evolved over the years with the advent of the digital world. The entire ecosystem has changed and several new trends have emerged, which was not possible until a few years ago, says Aparna Purohit, Head of India Originals, Amazon Prime Video.

Speaking at the Business Today's India's Most Powerful Women 2020, she states, "I have been a part of the media and entertainment industry for nearly two decades now, and it has been amazing to be a part of such a gradual but such a reassuringly positive change in the entire ecosystem."

She adds, "It is absolutely heartening that today there is space for all kinds of stories, something that was perhaps not available or even possible till a few years ago."

Purohit states that the audiences "no longer want to cheer from the side lines, they want to feel a part of their lives being portrayed and connect with it."

She highlights four new trends that have altered the storytelling landscape in the country.

First, diversity of stories. Explaining it further, Purohit enunciates that India is a land of storytellers where there are "living and breathing stories in every nook and cranny of the country."

She highlights that for a long-time films and television could not represent the vast cultural diversity and complexity of our country, instead our stories were driven by commercial and box office considerations and had become somewhat formulaic pandering to masses whose concentration levels and attention spans were limited.

However, Purohit expresses that the advent of the digital world changed that, and has "democratised content, opening up avenues for more complex, authentic and diverse stories to cater to all kind of audiences."

Talking about women storytellers, she points out that "more female creative helms, be it writers, directors, producers, create more female characters, with more agency, better representation and more engaging plots and themes, something that's never been portrayed before."

Purohit says that female characters being portrayed today have no qualms discussing sexuality, career, and friendship, something that was not possible until a few years ago.

Second, a compelling story cuts across all borders. Talking about it, she states that "last year a Korean thriller won an academy award while competing against several American titles. It was not so much an exception, as a reaffirmation of a growth trend."

"Closer home the story of a middle-class man who is a world-class spy in the 'Family Man' had been appreciated at the coveted international platforms such as the Television Critics Association. This reaffirms my belief that good content transcends all barriers of nationality, ethnicity, religion or geography," Purohit articulates.

She adds that consumers today are ready to watch content that has originated from any part of the world created in any language as long as the characters being portrayed resonate with them.

"Customers of today are evolving and know their tastes and preferences well. Amongst the multitude of options available, they want to watch something that's relatable. And the only way to cut across the noise is if you tell your own unique stories, instead of borrowing something that has been told before," Purohit states adding that "the more local you are, the more global you care."

Fourth, risk is necessary to create a compelling story. She conveys that experimentation is important in today's day and age. "When there is a choice to make between a path that has already been taken and one that's offbeat, I have often chosen the latter. Experimentation is important. If we shy away from experimenting, from exploring newer themes and subjects, we will find ourselves becoming irrelevant to our viewers," Purohit highlights.

She adds that creators need to push the boundaries and seek to tell stories never been told before, which will "create something that will outlast us."