Earlier this May, top major companies Cognizant, Wipro and Infosys were in news for firing IT professionals on 'performance' ground. However, it was believed that these companies were under economic pressure triggered by slow growth in the industry. 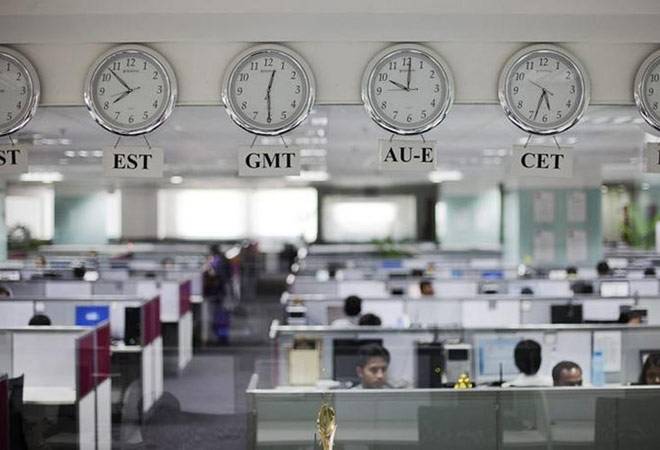 Months after making the news for laying-off their employees, top IT companies such as Accenture, Capgemini, Oracle and IBM are once again in news, but this time they are hiring. The Times of India today reported that Accenture has 5,396 job openings, more than four times the openings in the US. French IT major Capgemini has 2,649 job openings for India. The TOI report listed out other companies that are hiring. The list include IBM (675 open positions), Goldman Sachs (320), Dell (285), Microsoft (235), Cisco (229), and French bank Societe Generale (185). Oracle is looking for 1,124 IT professionals in India.

Earlier this May, top major companies Cognizant, Wipro and Infosys were in news for firing IT professionals on 'performance' ground. However, it was believed that these companies were under economic pressure triggered by slow growth in the industry.

The US-based Cognizant extended a 'voluntary separation incentive' to some of its top-level executives. It gave an option to exit the organisation by accepting either six (for Senior VPs) or nine (for Directors) months' salary as severance pay. As many as 400 senior executives accepted the company's voluntary separation package.

Wipro reportedly asked about 600 employees to leave as part of its annual "performance appraisal" even as speculations were that the number could go as high as 2,000. Explaining the move, Wipro said that the layoff was part of a "rigorous performance appraisal process" that company does on a regular basis to align its workforce with business objectives. Days before Wipro layoffs, Assocham had warned the industry that the Indian IT firms may be forced to displace work force as US President Donald Trump seemed committed to change the current H-1B visa policy.

Experts in the industry believed that lay-off was largely triggered by digitisation and automation in the industry. Nasscom President R Chandrashekhar also made somewhat similar concern when he said that employees will have to "re-skill or perish" as the world moves to new technologies like automation, robotics, analytics and cyber security.

Apart from digitisation and automation, there are multiple factors affecting the IT industry now. Growth slowing down because economies in which Indian companies operate - the US, Europe - are slowing down. Industry is also uncertain due to no clarity on visa issue.

Infosys co-founder Kris Gopalakrishnan had, however, refused media reports on layoff and said: "I haven't seen or heard anything about massive layoffs. There is always tightening of promotion process and I think that will happen automatically." He further said that it was natural for companies to go slow on hiring when growth slows. "Because, when the growth rate comes down, there is less need of new people. Second, the opportunities for promotion are also less because you don't need more people. You don't need people at the higher level because there is no upward movement," Gopalakrishnan said.