While fate of RIL's Future Retail acquisition remains uncertain after Amazon got an interim arbitration order against that transaction, consolidation in retail space has raised murmurs of growing monopoly of the company in retail and some other sectors 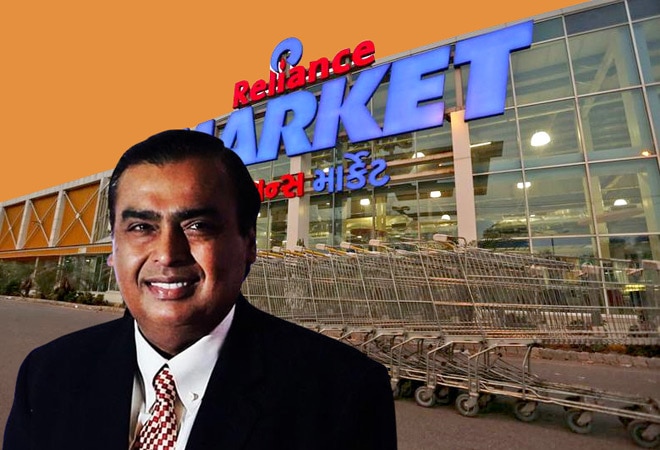 Even as clamour of monopolisation in some sectors grows louder, Chairman Competition Commission of India (CCI) Ashok Kumar Gupta has a more sobering view as he says possession of high market power is not frowned upon in the antitrust framework as 'taking such a stance would damage incentives to innovate'.

While responding to Business Today's questions on the issue, Gupta said: "The Commission has to strike a balance between innovation and fair market practices. To achieve it, we try to balance between short-term static gains and longer-term efficiencies. Our approach is not static and varies from case-to-case. We follow a nuanced assessment where the facts of the case and the underlying market and technology take centre stage. Our approach is calibrated in nature, so that intervention remains effective and targeted; it does not restrain innovation and would in turn help the market to regulate itself," opines Gupta.

He, however, says that it is one of the mandates of the CCI to examine the issue of consolidation and resultant concentration of market power across sectors at the time of assessing transactions that meet the asset/turnover threshold for notification, and that it can take suo motu action if it finds violation of competition laws. He says that CCI has the express mandate to initiate suo motu probes under the law and through its in-house division, it regularly scans media reports to keep a tab on such behaviour. "If such review indicates prima facie violation of the law, the case is taken up on suo motu basis and investigation is ordered," he added.

"It is a case-by-case, evidence-based exercise, which allows the Commission to take into account the specificities of each sector, the dynamic nature of the market/technology involved, the implications of the transaction on competition and the synergies that may be derived from the transaction," he added.

He cites examples where the CCI has ordered remedies to preserve competition. "Remedies have been ordered to prevent likely market distortions resulting from combinations in industries such as cement, pharmaceuticals, seeds, agro-chemicals, automobile components, electrical equipment, entertainment, industrial gas, e-platforms and mineral processing. Divestments have been ordered where the parties were close competitors and their deals would have resulted in increased prices, reduced choices to consumers and/or lesser innovation. Behavioural compliances were stipulated in vertical mergers likely to foreclose inputs to competitors or impact level playing field. Mergers exhibiting both elements were subjected to hybrid remedies," he says.

The chances of monopolies in the technology driven sectors are high, and the competition regulator keeps getting complaints against such companies, whether it is the recent complaint about search manipulation by Google to favour Google Pay or complaints against Amazon and Flipkart for exclusive agreements and deep discounting.

The CCI chairman admits that sectors which are more innovation-driven and technology-based may be more concentrated and in some instances may give rise to monopolies. "Platform markets in the digital space may have a tendency to 'tip' in favour of a single market player as a result of network effects," he says.

He cites the example of digital markets, which he says have characteristics that make the markets vulnerable to anti-competitive practices. "Its most peculiar feature - network effects - provides data collection advantage, create a lock-in effect, which would eventually result in the creation of entry barriers," he says.

When asked to comment on the complaints against Google, he said it would not be appropriate for him to respond to these queries when the Commission is seized of some cases against Google. "Let me, however, point out that in 2018, CCI found Google violating the provisions of Competition Law for abusing its dominant position in the online search market and imposed a penalty of Rs.135.86 crore," he said.

Most Brits won't get COVID-19 vaccine until 2021: UK Health Minister