Vishal Sikka resigns as MD and CEO of Infosys

The USD 3.5 trillion global IT services industry is undergoing a seismic shift. Traditional models which served the USD 158 billion a year in revenue Indian IT industry well in the past like 'lift and shift' and 'labour arbitrage' have been upended. 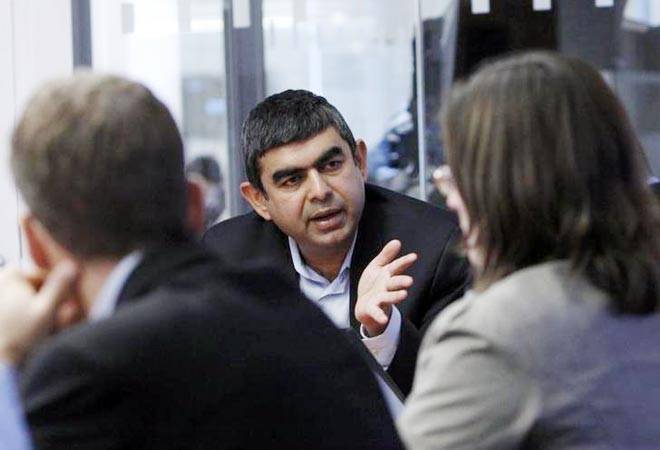 So the denouement widely expected has finally happened. Vishal Sikka who joined Infosys in April 2014 has finally quit. For most observers of the company, it was never a question of 'if' he will, it was 'when' he would.

Business Today wrote about the ongoing cold war between Sikka and the promoters of the company. Even last month I wrote about an uneasy truce and wondered how long this was likely to last.

From Sikka's letter of resignation, it is clear that he couldn't take the campaign of calumny and character assassination anymore. But before that it is important to note the scale and nature of odds he faced.

The $3.5 trillion global IT services industry is undergoing a seismic shift. Traditional models which served the USD158 billion a year in revenue Indian IT industry well in the past like 'lift and shift' and 'labour arbitrage' have been upended.

Infosys which for a long time was the poster boy of the Indian IT services industry was struggling when Sikka was given the task of transforming the company.

Sikka was the first non-promoter CEO of the company in its history. He was also an outsider to the traditional IT services market having made a name for himself building products at enterprise software major SAP.

In his resignation letter Sikka points out why he took the job in the first place.

"I came here to help navigate the company through what I saw as a massive transformation opportunity, to transform our company and restore strong profitable growth, as well as help transform the business of our customers. I came to do this with the power of technology, given my experiences with similar transformations, my background in AI, and the structural changes that I saw happening in the IT services industry. This needed new skills, new thinking, new initiatives, and a transformation in the culture, from a cost-oriented value delivery, to entrepreneurship oriented value delivery. This type of a transformation has always been a passion for me, indeed I took this job for this reason."

His task was more complicated due to unforeseen additional challenges like the emergence of a nativist and protectionist Trump regime in USA, the biggest market for Infosys and Indian IT. UK the second largest market also saw rising tide of anti-outsourcing sentiments.

He allude to them in his letter. "No one anticipated the additional headwinds like the geo-political disruptions (Brexit, Trump, visa etc.) that made this transformation even more challenging, but also rewarding."

What nobody anticipated was just a few quarters into Sikka's reign that his relationship with the man who helped to hire him at Infosys would decisively sour. N R Narayana Murthy was no mere Chairman Emeritus (a position which he later quit). His shadow fell larger than his shareholding did. Promoters collectively own about 12% of the company. But such was Murthy's shadow that Sikka could never outgrow it.

From the rigid conservativeness of the past, Sikka tried to make a few bold moves by making acquisitions which would help transform the company to the new cloud and digital era. That proved to be a mistake. Anonymous complaints about kickbacks in the price paid and alleged extravagance in spending lead to a clamour from some of the promoters for investigations. Even as the external investigators handed him a clean chit, continuous leaks on alleged unhappiness of former promoters as well as some senior former employees regularly taking potshots at the new regime, lead to the current fallout.

As Sikka himself wrote in his resignation letter:

"Over the last many months and quarters, we have all been besieged by false, baseless, malicious and increasingly personal attacks.  Allegations that have been repeatedly proven false and baseless by multiple, independent investigations. But despite this, the attacks continue, and worse still, amplified by the very people from whom we all expected the most steadfast support in this great transformation.  This continuous drumbeat of distractions and negativity over the last several months/quarters, inhibits our ability to make positive change and stay focused on value creation.  Addressing the noise by itself is damaging; hundreds of hours of my own time has gone into this recently. But the structural challenges this engenders within the organization, has a very damaging effect on our ability to carry out any kind of a transformation, especially one that is as fundamental as transforming from a cost-oriented to an innovation-oriented value delivery to clients."

This particular sentence "amplified by the very people from whom we all expected the most steadfast support in this great transformation"  is an indication he did not receive the kind of backing he expected from the promoters and possibly the board.

While the company searches for a new CEO it has to take a call on what role the erstwhile promoters who still wield a disproportionate influence (at least compared to their shareholding) will have. Will a respected industry professional be willing to take a role if he is likely to be second guessed?

These are challenges the company needs to address. Vishal though seems to have decided he was 'Sicka about all the mud-flinging' going on.

Vishal Sikka resignation LIVE: It's hard to believe report by a set of lawyers hired by accused, says Murthy