Case was registered on a complaint from Punjab National Bank against Moser Baer, which is borrower company, and others, including directors and other unidentified persons 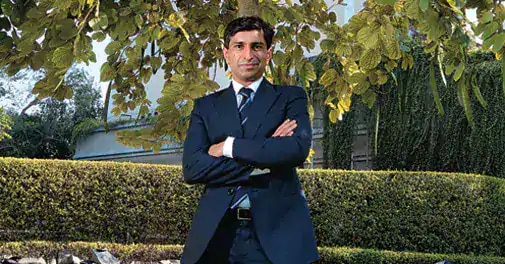 The Central Bureau of Investigation (CBI) is conducting searches at the premises of Moser Baer Solar Ltd promoters Dipak Puri, Ratul Puri and others in Delhi and Noida in a Rs 787.25 crore alleged bank fraud.

The case was registered on a complaint from Punjab National Bank (PNB) against Moser Baer, which is the borrower company, and others, including its directors and other unidentified persons.

The Enforcement Directorate last month attached assets, including five Swiss bank accounts, worth Rs 385.44 crore of Rajiv Saxena, a middleman in the AgustaWestland VVIP choppers money laundering case. The attachment pertained to two PMLA cases being probed by the central agency -- the Rs 3,600 crore VVIP choppers case and the Moser Baer bank fraud case in which Ratul and his father Deepak Puri are the main accused.

Ratul Puri is also the nephew of former Madhya Pradesh chief minister Kamal Nath. He is also an accused in the VVIP choppers case. "The attached assets include a villa in Palm Jumeirah, Dubai, worth 20 million AED and balances in five Swiss bank accounts amounting to USD 45.55 million," the agency said in a statement.

A Delhi court had granted bail to businessman Ratul Puri in the money laundering case in December. The ED had arrested Puri on August 20. His father Deepak Puri, mother Nita (Nath''s sister) and others were also booked in connection with the bank fraud case.